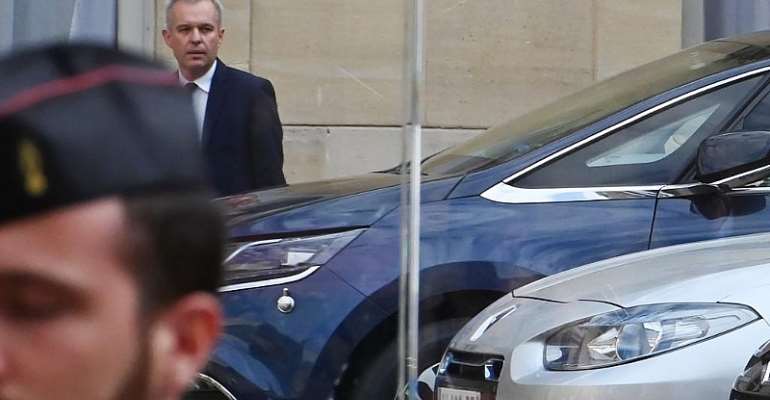 France's Energy and Environment minister, François de Rugy has dismissed calls for his resignation following allegations he spent public money on lavish dinners and furnishings, saying he was the victim of a smear campaign.

"I have absolutely no reason to resign," de Rugy told BFM TV on Friday as he tried to defuse a mounting scandal over his lavish lifestyle.

In a report on Wednesday, left-wing Mediapart website said the Environment Minister had hosted luxury dinners while he was parliament speaker with allegedly little connection to his position.

De Rugy did not deny hosting the dinners, but vigorously rejected the claim they had been purely social events not linked to his job at the National Assembly.

"I have done nothing wrong, let us be clear on that," he insisted.

"Just because we are in the public space, it does not mean politicians have to accept every smear that is launched against them," he said, accusing Mediapart of publishing rumours.

That has not prevented criticism against him, notably from one of his own colleagues the MP Benjamin Griveaux who said that de Rugy gave "a terrible image" of the French Republic, that is still grappling with the fallout from the Yellow Vest crisis.

For now de Rugy has the support of the French government, he insisted that President Emmanuel Macron still had faith in him.

Voters’ Registration: Everyone Will Be Safe – A/R Minister A...
28 minutes ago