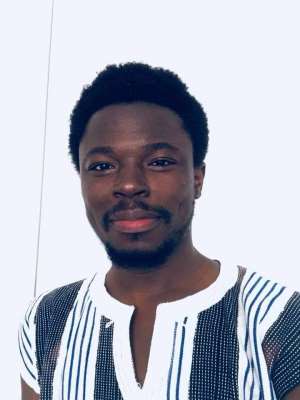 One of the major challenges I have faced since coming home from the US is steady access to the internet. This is cliché by now but Ghana's internet is horrible for the vast majority of users. And many of the problems have to do with our mobile service providers owning the entire market and lack of government investment.

In the rural college town in central Texas I have lived for the past 5 years, I pay $55 a month for a relatively high-speed internet with Suddenlink Communications, the main ISP in the town. Given that I don't watch TV, I often stream video content on YouTube and occasionally on Netflix and Amazon Prime at 1080p high definition video quality. I have only but once been told I exceeded my data allowance limit. Even though my service is a basic run of the mill internet service in America (Suddenlink and other providers offer much faster services including speeds of up to 1gb per minute downloads at over $100 plus price points), I have not had problems with surfing the internet in the US. And as a struggling graduate student on a meager stipend, my internet costs take a small fraction of my stipend. And I will be considered just above the poverty line in the US. In Ghana, it's the reverse.

Internet access in Ghana is hampered by a number of hurdles foremost of them being the lack of ISPs separate from the mobile service providers. Unlike in the US where many ISPs like Suddenlink are separate and independent companies from the major mobile operators like Verizon or AT&T, in Ghana, the two largest mobile operators (MTN and Vodafone: both foreign companies by the way) are also the ones providing broadband internet access to the majority of Ghanaians (at very high prices if they can afford it). This has been one of my gripes with the government when it comes to investment in the communication sector: that they've not really tried to invest in broadband internet access to the population unlike countries like Korea, but have instead left this to MTN and Vodafone.

The broadband charges, left to these two private companies, offers high prices for a select tiny portion of the Ghanaian internet market. Outside Accra, where for instance the MTN Fibre broadband is spotty at best, it's almost nonexistent for Ghanaians in the rest of the country. Kumasi, the country's second largest city has just 3 small spots in the city where MTN offers their good broadband access. In the country's third largest city, Tamale, this service doesn't even exist. I am going through this for context on what I am going to say down below. I have experienced this good Fibre service at a friend's home in Accra and it was very good. For his family's economic status (among the 1% of wage earners) in Ghana, the GHS120-395 cedis for data from 48-550GB data is great for their pockets. But for the vast majority of Ghanaians, these prices represent anywhere between 30-150% of their monthly incomes. But the issue I want to highlight is that for this high-speed internet, 99% of Ghanaians don't even have access to it given where they live. So many are left with the regular mobile internet access MTN and Vodafone offers. And that is when worse.

These mobile operators have devised myriad ways to make money off of the average internet user in Ghana. It used to be the case that call charges were higher and more expensive than data charges. But as more and more people relied on data instead of regular calls, the charges have flipped where for instance MTN can give you 100 minutes of talk time a week for just GHS5 cedis but the same GHS5 cedis can only get you 400 megabytes of data. This is a laughably blatant rip-off in that 99% of Ghanaians don't/can't talk on the phone for hundred minutes a week, but the average internet user will use 400mb in less than half a day. But that is the game these operators engage in with the Ghanaian people who has to rely on them for their data needs.

The vast majority of the Ghanaian internet userbase access internet on their mobile phones and do so by buying data provided by their mobile service providers like MTN or Vodafone. Most Ghanaians have two mobile Sim cards because every now and then, one of the operators will offer a mildly better data or call bonus than the other so they switch to that one. Because of this when I was coming home, I brought a 4G capable phone with 2 SIM cards and now I have a Vodafone and MTN SIM cards. So, I've been engaged in that dance since I came home. Every now then, sometimes within the same day, Vodafone will be giving me terrible internet connection so I will switch to MTN and vice versa. Whether MTN or Vodafone, the charges are relatively in the same ballpark for mobile data users, and it is substantially higher than their broadband services.

The highest data offered on mobile services by both Vodafone and MTN: 200GB, goes for GHS400 cedis for a thirty-day service, that literally is half of my friend's salary, and he is one of the few friends I know in Tamale with a decent private sector job. For most people, that's anywhere between 70-150% of their monthly salary. On the lower side, they sell 20GB of data for GHS200 cedis and 10GB of data for GHS120 cedis. This measly 10GB of data which most avid web surfers will exhaust within a week is still too expensive for most Ghanaians to spend within a month. Ghanaians tend to buy bits and pieces like GHS20 cedis for 1GB of data so at the end of the month many people spend proportionally a lot more than they would have paid if they had spent the larger sum at the get go. They say being poor is expensive and here is a good example of that.

Outside these regular monthly data charges, both MTN and Vodafone offer various types of *deals* for internet users trying to scrounge data with their meager earnings. And here is where the real dirty tricks take place because these companies trick people and steal their money. The basic principle here is that if you buy the regular high-priced data, your data speed is relatively good and consistent. But if you buy any of these special deals, these companies slow down your data speed to the extent that you will exhaust your data without actually doing what you bought it for. Or you will be frustrated with the snail-paced speed and just buy the regular expensive data. It has happened to me with MTN more than a few times since I've been home.

So, when I came home, everyone said MTN had faster data speeds despite being on the expensive side. So, the first SIM I bought was an MTN SIM because I wanted consistent internet for my writing and research. But by the time I was leaving Accra for Tamale, my data was so inconsistent that I bought a Vodafone data SIM the week I got to Tamale for backup because people said MTN is even worse outside Accra. In the house I stay, Vodafone's data connection has been consistently slow so I've been relying mostly on my MTN data and I've been rather tired and unhappy with the services they've offered. When I buy monthly data of say 2.5GB for GHS40 cedis, it runs out very quickly and often in less than a week and so I have to keep recharging and paying more and more. So, I thought perhaps I could work with the system to reduce my costs. And that has even been more frustrating than it is worth.

Last week for instance, I bought the video bundle and realized that I could barely watch anything on YouTube. Also, because I wanted to browse the internet, I bought a weekly bundle. My video streaming was very good until yesterday when my weekly bundle was exhausted. Still having 1.8GB of my video bundle remaining, I thought I could at least watch a few videos before it gets exhausted but MTN had other plans for me. Since last night, I have barely been able to watch anything. I restarted my phone twice last night to no avail. So, this morning, trying to catch up on news, I was disappointed again so I called MTN.

The guy on the line was giving me their standard shtick about making sure my phone is on 4G and all that gibberish which I've heard a thousand times before so I told him to cut it out. He then said I should turn off my phone for 3 minutes and turn it back on which I told him I've done already. But he said he'll refresh the system. I did exactly what he told me and yet I still am unable to watch content. I told him they were committing fraud on the Ghanaian people with these shenanigans and I will be writing about them if his gimmick doesn't work.

I have had too much experience with MTN's trash services disguised as *great deals*. Two weeks ago, I took my sweet time, napped during the day, and woke up so that I could use their midnight cheaper bundles only to sit all night and my laptop, iPhone, and iPad updates left unfinished. Since then, I have never tried their midnight fraud.

Anyway, I am writing this Op-ed piece because I have realized that when it comes to expansion of internet access, much like most important things in Ghana, the government has been very much missing in the game unlike their counterparts abroad. There has been a lot of lip service paid to digitizing the economy but it appears the government does little to actually ensure affordable, reliable, and fast internet access gets to the average Ghanaian. In the US, municipalities are starting to take up high speed internet access provision because private companies have been laxed in providing these services. Ghana is a small country and so what city and municipal authorities are doing in the US, the government in Accra could do same for the Ghanaian public by investing in the laying of broadband cables throughout the country and then selling licenses for private operators to offer the installation and other services for households if they don't want government to do everything. With so much of our economic and social life going online, it behooves on government to not only pay lip service to serving the people in this important and growing sector but to actually invest in broadband access. The failure of these policy ideas like the digital address system should tell government that internet access in Ghana is at medieval level and so cannot support these schemes they device in Accra.

Left to foreign private companies like MTN and Vodafone, they'll keep finding ways to make money off of Ghanaians while providing the worst services they can. The Ghanaian government should go understudy the city of Chattanooga in the US state of Tennessee regarding how they got the best broadband service in the US operationalized. The internet is the future and the government better sit up to guarantee the future of Ghanaians instead of leaving us to vulture foreign corporations like MTN and Vodafone.