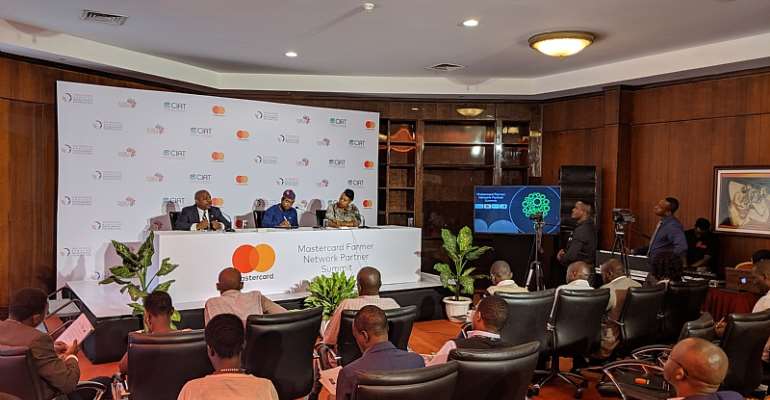 The U.S. African Development Foundation (USADF) announced today the signing of a new public-private partnership with Mastercard that will empower tens of thousands of smallholder farmers in Uganda.

The announcement was made at the MFN Partner Summit in Kampala, which showcased unique public-private partnerships that, along with USADF, also included Mastercard’s new partnership in Uganda with the International Center for Tropical Agriculture (CIAT). The partner summit was also attended by U.S. Ambassador to Uganda Deborah R. Malac and Government of Uganda Finance Minister Matia Kasaija, who each gave remarks and displayed their support for this new partnership.

USADF funds a local office in 20 countries in Africa, where each is led by a 100 percent African staff that provides technical assistance and advisory services to recipients of USADF grants. The local partner in Uganda is the Uganda Development Trust (UDET), which identified two large farmer cooperatives to participate in this pilot program between USADF and Mastercard. If the MFN partnership in Uganda proves successful in creating pathways to prosperity for smallholder farmers, USADF would look to replicate it in other African countries where it invests in agriculture enterprises to address food insecurity.

“This pilot program has the potential to improve the livelihoods of many poor, smallholder farmers in Uganda and elsewhere,” said C.D. Glin, USADF’s President and CEO. “USADF is excited to continue to build a relationship with Mastercard that helps us achieve greater results and to tap into the innovation being created at Mastercard Labs, demonstrating how technology can help eradicate poverty and contribute to project sustainability through income generation.”

The MFN leverages technologies to improve the agriculture value chain, especially its farmers, buyers, and value added service providers. Buyers can access information about the availability and quantity of produce immediately after harvest, and farmers will have real-time price information. These are just a couple of examples of how the MFN streamlines the interaction between farmers and buyers, while potentially making it easier for farmers to establish a credit footprint for future loans.

“The strengthening of Mastercard’s partnership with USADF marks a major milestone in our goal to empower smallholder farmers through financial inclusion,” said Salah Goss, Vice President Mastercard Lab for Financial Inclusion. “Through the support of this forward-thinking U.S. Government agency, we’re aiming to expand the reach of the MFN platform to tens of thousands more farmers and positively impact their day-to-day lives. This is in line with our ambition to expand access to the MFN to millions of farmers in Africa and around the world.”