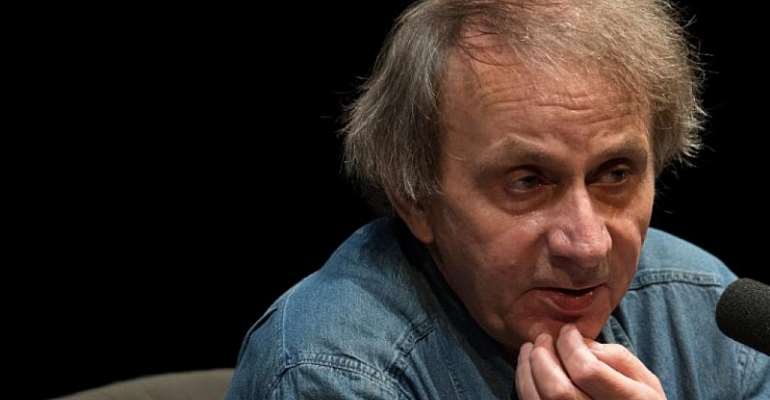 The novelist Michel Houellebecq writes in today's Le Monde about Vincent Lambert, the man injured in a car crash 11 years ago and kept alive artificially ever since. Vincent Lambert passed away on Thursday morning.

The article is headlined “A lesson to us all” and it is harsh and heartbreaking.

Houellebecq is not among the doubters: he says there was no justification for ending the treatment essential to keep Vincent Lambert alive. The unfortunate man was, ultimately, the victim of us, the media, and our unhealthy desire to turn over every stone, provide an expert justification for every opinion, in the ever more desperate search for readers and web clicks.

Vincent Lambert was also, according to Michel Houellebecq, the victim of a dangerous form of state interference in the private life of an individual.

Houellebecq neither likes nor trusts Agnès Buzyn, the French health and solidarity minister. He finds the “solidarity” part of her professional title ironic, to say the best of it.

He wonders why she had to take the case to court, especially since President Emmanuel Macron had promised not to interfere in the case. Houellebecq thought, naïvely, he admits, that the same would go for the members of Macron's government. He was wrong.

The minister has said that the crucial lesson to be drawn from the whole tragic business is that we should all leave clear written instructions for those who would survive us and have to decide what to do with our still-breathing remains were we to suffer the same fate as Vincent Lambert, making a rapid linguistic transition from accident victim to profoundly handicapped to vegetable. Because, of course, it's easier to kill a vegetable than a badly injured human being.

Vincent Lambert should have known about leaving instructions: he was a nurse, afterall. And French public hospitals are already overcrowded and underfunded. Though, as Michel Houellebecq not unreasonably wonders, how expensive can it be to provide a tube with water and another with food, especially since it could all have been done at home, with Vincent's parents indicating their full willingness to take the job on.

The central problem for Houellebecq resides in the fact that we knew nothing whatsoever about Vincent Lambert's mental or physical state.

He showed no signs of suffering, the doctors were generally agreed that his state was irreversible, there are thousands of similar cases in France and worldwide.

Does the “change in mentalities” hoped for by the French health minister in the wake of the Lambert case mean that we'll now start getting rid of the others?

Creatures, in general, says Houellebecq, don't want to die and they don't want to suffer. Whatever about the “mentalities” of us, the spectators in this tragic case, those basic facts haven't changed since the dawn of animal existence.

Did Vincent Lambert suffer?
As for the possibility of a profoundly paralysed person suffering intolerably, without being able to inform the rest of us, that problem is elegantly resolved by the existence of morphine. Since the discovery of that drug in 1804, no human being need suffer physical pain.

Which brings Houellebecq to the question of human dignity, defined as the respect due to each person. He wonders if Vincent Lambert's human dignity was seriously considered, much less respected.

Le Monde also publishes an article by the French MP and medical doctor Jean Leonetti, he who was responsible for informing his fellow deputies during the 2004 debate on euthanasia and the ending of human life, a debate which established the law still current in France.

Dignity is the key word for Leonetti too, but he insists that respecting that dignity is as much a matter of protecting the extremely vulnerable as it is a question of abiding by their presumed wishes.

This tragedy, says Jean Leonetti, far from being a private, family affair, has been played out under the blaze of media attention, with all that implies of simplification, stupidity and misplaced emotion. Greek drama transformed into soap opera. Even the mention of Greek drama is unworthy. A man got badly hurt and died. That's simply a tragedy.

Neither murderers nor assassins
Writing as a doctor, Leonetti tries to clarify a few of the misconceptions which we have broadcast in the recent months of this debate.

Vincent Lambert did not die of either starvation or dehydration; no more than patients on life-support machines die of drowning when their mechanical breathing apparatus is turned off. The doctors who brought Lambert's life to an end are not assassins or murderers.

The law requires the clear expression of the wish of the patient to have his life ended. Several dependable witnesses have testified that Vincent Lambert expressed that very wish, clearly and repeatedly. The witnesses are not asked to agree with that wish; they need only testify that they heard the man express it. The law takes care of the rest, as well as any human law can.

The case of Vincent Lambert was made possible by modern medicine, for which so many of us have so much to be thankful. But as Dr Jean Leonetti humbly points out, not everything that science can technically do is humanly acceptable.

We wish Vincent Lambert and his family the peace that they have been denied over the past 11 years.