75 femicides in 2019: how France is failing to protect its women 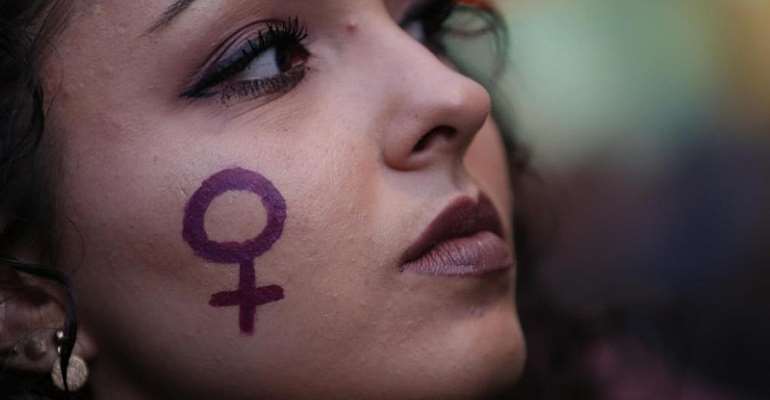 At least 75 women have been killed by their current or former partners in France since January this year. Some activists say the deaths could have been prevented if France had the political will to follow the example of Spain and offer better protection to women victims of domestic violence.

There have been an average of two femicides per week in France since the beginning of the year and 80 percent of the victims were killed in their own homes.

“These aren't family dramas, separation dramas or crimes of passion,” rages the Facebook group @feminicide that began tracking the number of femicides in France in January. “This is domestic violence perpetrated by frustrated men who believe they have a licence to kill.”

Femicide - the murder of women because of their gender - usually by a partner or family member, is not a new phenomenon in France. The French Interior Ministry reported 130 cases in 2017: that's one every three days.

The most recent data from 2015 shows that France had more femicides per year than the UK, Netherlands, Italy and Spain, but fewer than Germany, Switzerland, and several Eastern European nations.

Both president Emmanuel Macron and his justice minister Nicole Belloubet have admitted the state is “not doing enough”.

Emmanuelle Rivier, a lawyer and specialist in domestic violence, goes much further.

“Most of the time, those deaths could have been avoided. Violence has become normalised. There's a chronic lack of training for professionals dealing with these women, whether in the police or judiciary, a lack of staff, and a lack of political will. The government has made gender equality its national cause but there's nothing behind it.”

'J'accuse' Marlène Schiappa, France's gender equality minister, is aware of the gravity of the situation.

In October 2018, she announced the launch of five new measures to combat domestic violence, including an online platform for reporting abuse, a GPS to help women get to shelters and safe houses, and more funding for a domestic violence hotline.

Last Sunday, the day after an anti-femicide protest in Paris, Schiappa promised a 'Grenelle' or major conference where representatives from different ministries, advocacy groups and NGOs will try to find new ways forward. It's scheduled for September.

“Most of the women who died recently had already filed a complaint, some of them several complaints,” said Constance, a member of the Femen collective, attending the protest with the words “J'accuse” emblazoned on her breasts.

“None of them was protected by measures that we could put in place and which are already in place in other countries.”

Spain, an example to follow Many advocacy groups and professionals working in the field of conjugal violence say France should be looking to its neighbour Spain.

The Spanish model is based on some 100 special courts reserved exclusively for cases of sexual violence against women. All the professionals, whether medics, police or judiciary are trained in dealing with conjugal violence. Police must register every complaint (there were 160,000 in 2017) and judges are required to deal with cases within 72 hours.

Perpetrators of domestic violence wear electronic tracking bracelets which alert authorities as soon as they move closer to the victim than the distance allowed; and there are also some 10,000 emergency telephones in circulation allowing victims to alert authorities rapidly if they feel in danger.

On Sunday justice minister Nicole Belloubet admitted that Spain offered its victims better protection. “We must issue more [protection orders]” she told BFMTV. “Spain has a much more fluid system, the links between the different players are much tighter and the overall system is much more fluid.”

France lags behind While France does have some emergency telephones (842 in February this year) and has recently begun experimenting with electronic bracelets, there are far fewer.

“We're really far from the Spanish model,” says sociologist Stephanie LeGal-Gorin who works with victims of conjugal violence in Brittany.

“France has laws to fight violence against women but they're insufficient or ill- applied.”

She deplores the lack of training among staff who are supposed to protect these women.

“Four or five of the women I work with are in danger of being killed. One of them filed five complaints but won't do a sixth because she doesn't feel she's being heard. She's shown me photos of her ex holding weapons but she no longer has the energy to file another complaint because she doesn't believe it will change anything. It's terrible.”

Currently only one out of 10 complaints filed in France by women victims of conjugal violence reach the courtroom. And this is a direct consequence of the way the victims are treated, says LeGall-Gorin.

“Some police refuse to listen to victims, or they blame them for what happened. They make them feel guilty. So their concerns are not taken seriously, it doesn't encourage women to continue and press charges.”

LeGal-Gorin is not the only one to call for better education of law enforcement officers to encourage more women victims to push through their complaints.

“We're calling on the minister of the interior to address a strong message to the chiefs of police and their officers that women must be received correctly at police stations,” says Anne-Cecile Mailfert from Fondation des femmes women's advocacy group.

“It's urgent, they must respect the laws, and never refuse to take a complaint. On the contrary, they have to encourage women to file complaints and take them seriously.”

France's High Council for Equality (HCE), an independent, consultative body, issued a statement on 1 July expressing "alarm" over the number of femicides. It volunteered to “identify the pathways and possible failures [in the judiciary, gendarmerie or police] that have led to the murder of 70 women since the beginning of the year”.

"It is concerning that the mechanisms for the protection of women victims of domestic violence and their children [...] are applied so sparingly," it added.

Overworked, understaffed judiciary Lawyer Emmanuelle Rivier agrees that the lack of specific training is a major weak point in France.

“A judge who is trained won't ask a victim why it took her 10 years to file a complaint, he or she knows what a psychological trauma is, what it is to be under someone's control.”

And in some cases the lack of expertise can have serious consequences.

She cites the example of a recently issued protection order which failed to take into account that the victim's home (from where the aggressor was banned) was also the aggressor's place of work. He was therefore able to return there and carry on threatening the victim.

“If the judge that issued that protection order had known more about the subject of femicide, that mistake would not have happened," she says.

But the lack of training also reflects a deeper crisis within the judiciary.

“We have one of the worst-staffed judicial systems in Europe in terms of number of magistrates per inhabitant,” she explains, adding that the police are overworked too.

She points out that magistrates don't always have the time to deal with protection orders and even when they do the shortage of places in shelters means there's nowhere to send the women.

“We want the minister of housing to immediately free up 200 more shelter spaces for victims of domestic violence,” says Caroline de Haas, head of Nous Toutes (All of us) women's advocacy group.

Insufficient funding Spain has invested heavily, more than a billion euros, in its anti-femicide programme. France much less. According to a report published by the HCE at the end of 2018, a minimum of 506 million euros is needed to fight sexual violence in France. But the current budget is around 79 million, about a twelfth that of Spain.

That lack of investment shows a lack of political will, says Rivier.

“There's supposed to be a local brigade for family protection in every police station, but there's usually just a contact person. When you need that extra help you struggle to get it, but for drugs-related offences, the extra help is systematically provided. The priority is clear, and the priority is not victims of conjugal violence."

Following the recent protests, Marlène Schiappa was summoned to talk money. Last Sunday she announced that the record sum of 530 million euros would be mobilized for 2019, of which a minimum of 506 million would be used to fight violence against women. The pressure from the street, led by women's advocacy and feminist groups, would seem to be paying off.

A fundamental change in gender relations is needed

Greater support, more financial means, more shelters, telephones and protection orders: all of this will help victims of domestic violence. It may even save lives.

But if France is to prevent femicide it will have to tackle the problem at its root. And that will involve a major shift in a culture that currently “defends the aggressor more than the victim,” says LeGall-Gorin who points to a "real absence of awareness in France over what a victim is.”

As well as helping women victims of violence, she also leads workshops in prison, helping male offenders take responsibility for their violent acts.

“All of them, whatever their social or ethnic background, had one thing in common: they were deeply sexist,” she says. “They could not even conceive that men and women could be equal. The relationship with women was always about power.”

Gender equality, she says, has to be taught from the earliest possible age, even in pre-school.

“French law provides for three hours of gender equality education a year, where you talk about consent for example, but in practice this hardly ever happens.”

The hour of need “There are two moments that are particularly dangerous for a victim of domestic violence and which lead to the attempted murder,” says Rivier. “The moment she leaves the family home and the moment she files the complaint. We must provide the means to do something, to support her. What are we waiting for?

It would be tragic if France needs an “electric shock” like that experienced by Spain in 1997 when Ana Orantes, a 60-year old victim of domestic violence, denounced her former husband on television. Two weeks later he beat her and burned her alive.

“It shook public opinion, led to femicide becoming a huge national cause, it got a huge budget, it created a real political will in Spain," Rivier says. "It made the government act.”