Police Still The Most Corrupt In Ghana – Report

Ghanaians still believe the country's peace enforcement agency is the most corrupt institution in Ghana, according to the 2019 Global Corruption Barometer.

Non-Governmental Organisations and religious leaders came out of the survey with better credibility as only 14 percent and 17 percent of Ghanaians respectively view them as corrupt.

Of the top ten institutions surveyed, which police, judges and magistrates, Ghanaians feel they have become less corrupt over the last four years.

The police, for example, were viewed as corrupt by 64 percent of Ghanaians in 2015. 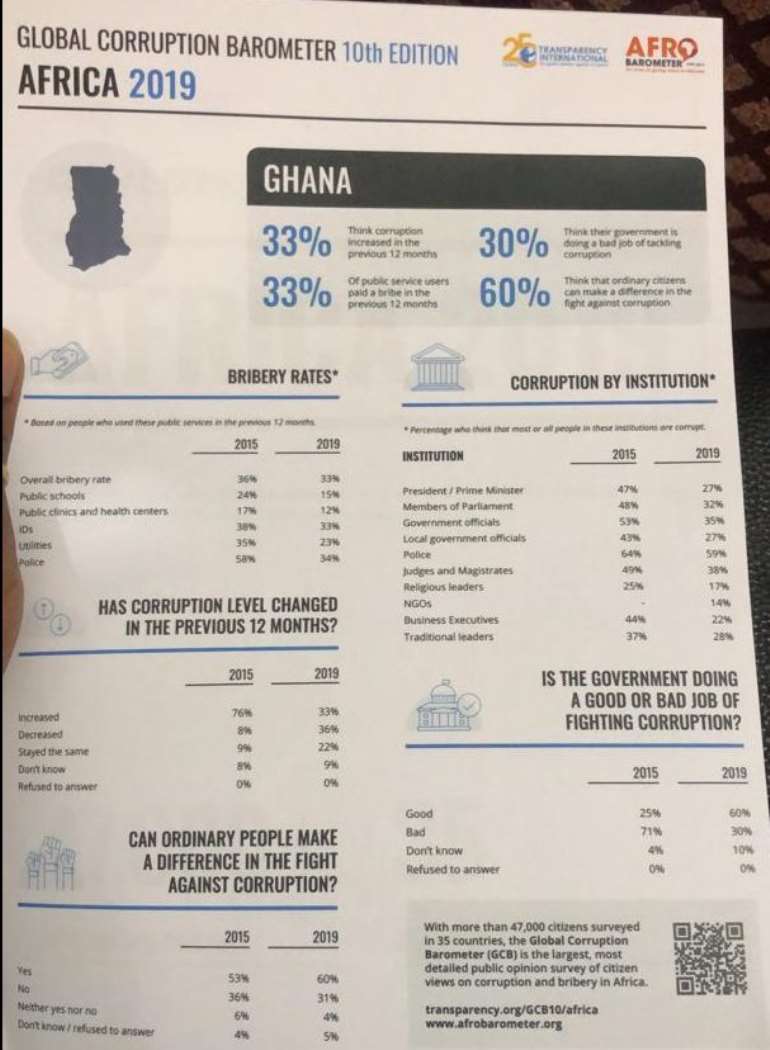 The report was launched by the Ghana Integrity Initiative today, Thursday where it urged the government to adequately resource key anti-corruption institutions.

“There must be a monitoring framework in place and enforced to ensure that these institutions live up to expectation,” the programmes manager at GII, Mary Addah, said.

“We are recommending that the state should increase efforts towards educating citizens on the Whistleblower Act. Civil society is doing its best but the state should be seen to be doing a lot of education,” she added.