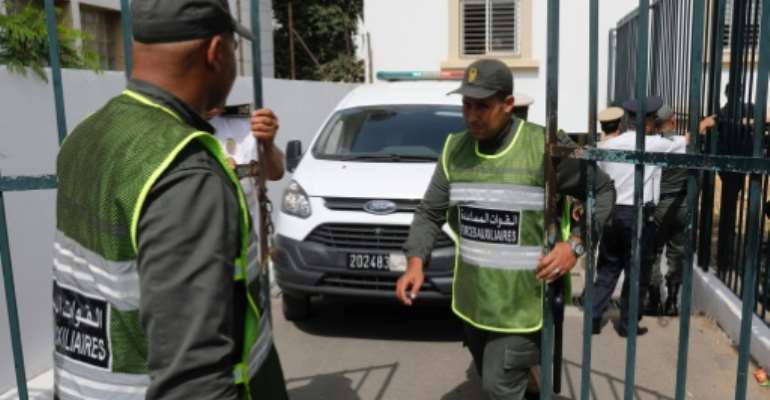 Prosecutors have called for the death penalty and jail terms of between 15 years and life for the defendants on trial for the killing of two Scandinavian women before an anti-terror court in Sale, near Rabat. By - (AFP)

The mother of a Danish student beheaded along with another Scandinavian woman while hiking in Morocco's High Atlas mountains called Thursday for the suspected jihadist killers to face the death penalty as their trial neared its end.

"The most just thing would be to give these beasts the death penalty they deserve, I ask that of you," said Helle Petersen in a letter read by her lawyer in an anti-terrorist court in Sale, near the capital Rabat.

"My life was destroyed the moment that two policemen came to my door on December 17 to announce my daughter's death," the mother of 24-year-old Louisa Vesterager Jespersen wrote in the letter, read out in total silence and with the defendants' faces impassive.

Journalists flocked to the court where the trial of the 24 suspects reopened for what could be its last day, in a case that has shocked the North African country.

Prosecutors have already called for the death penalty for the three main suspects behind the "bloodthirsty" murder of the young Scandinavians in December.

Petitions on social media have likewise called for their execution.

The three admitted to killing Jespersen and 28-year-old Norwegian Maren Ueland, whose family has declined to take part in the trial.

The prosecution has called for jail terms of between 15 years and life for the 21 other defendants on trial since May 2.

The life sentence has been sought for Abderrahim Khayali, a 33-year-old plumber, who had accompanied the three alleged assailants but left the scene before the murders.

The only non-Moroccan in the group, Guervos is accused of having taught the main suspects how to use an encrypted messaging service and to use weapons.

His lawyer, Saskia Ditisheim, said Guervos' "most basic rights had been trampled" in a letter to the Swiss foreign ministry, regretting that he had not had "consular protection".

The three killers of the women were "bloodthirsty monsters", the prosecution said, pointing out that an autopsy report had found 23 injuries on Jespersen's decapitated body and seven on that of Ueland.

Ejjoud, an underground imam, confessed at a previous hearing to beheading one of the women and Younes Ouaziyad, a 27-year-old carpenter, the other, while Rachid Afatti, 33, had videoed the murders on his mobile phone.

Coming from modest backgrounds, with a "very low" level of education, the defendants lived for the most part in low-income areas of Marrakesh.

Jespersen's lawyers have accused authorities of having failed to monitor the activities of some of the suspects before the two women had their throats slit while camped in an isolated mountain area. 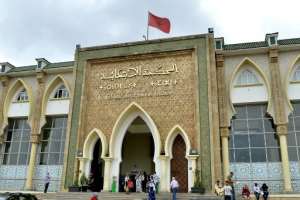 The alleged ringleader, who had been convicted for trying to join IS in Syria, was released early from prison in 2015 and went on to meet former inmates and other individuals without checks by authorities, attorney Khaled El Fataoui said.

He alleged police had been informed of the activities of the group of men but failed to act.