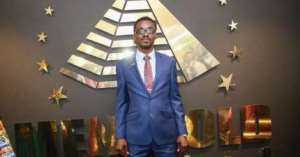 Some aggrieved customers of Menzgold are appealing with government to unlock frozen accounts of embattled businessman and CEO of Menzgold Ghana, Nana Appiah Mensah Popularly known as Nam1 by EOCO.

According to them, they have now realized Mr. Appiah Mensah was doing a legitimate business after he had won his court case twice in Dubai.

They are therefore appealing to President Nana Akufo-Addo to as a matter of urgency release the frozen accounts of Nam1, so that he could pay them back their investments.

It would be recalled the Ghanaian authorities last year (2018) shutdown the activities of Menzgold for alleged operating without license.

Nam1 was later arrest and charged with fraud over a business transaction worth $23million with a Dubia company, a case the CEO of Zylofon Media had been cleared by a court in the gulf country.

The aggrieved customers spoke in an exclusive interview hen they poured onto the streets of Accra on Tuesday, 9th July as they joined the “Kum Y3n Pr3ko” demonstration organized by the Collation for Social Justice (CSJ) to register their displeasure over their locked up investments with Menzgold.

Resignation Not Part Of Our Covid-19 Laws, Prosecute Carlos...
32 minutes ago