The Liberty Of The Media Continues To Deteriorate 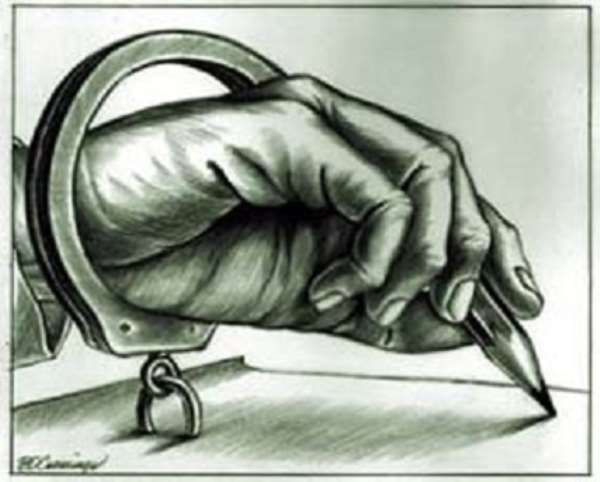 Investigative journalists around the world are expressing their dissatisfaction over the way their colleagues in the field of journalism are being abused and murdered with impunity.

Reporters dealing with financial and organized crimes are now being targeted not only by the underworld but also by state institutions, governments, and politicians, particularly in countries where the rule of law is weak.

Complaints of killing and inhuman treatments to journalists are emerging in every part of the world, including the Balkans. Journalists are left alone in their struggle for media freedom and often the judiciary, instead of collaborating with them, hinders their work.

Just a couple of days ago, another story made headlines in Ghana over the forceful arrest of ModernGhana news journalists by security forces in the capital Accra. One wouldn’t understand why something of that sort should take place in a democratic country like Ghana.

The dramatic case about the killing and manhandling of journalists, simple news gatherers, who carry only a pen, paper or computer, show how politics can interfere in the judicial system to force journalists into silence.

In general, governments have problems. They keep lying without ceasing and wasting public funds on useless projects, while the citizens wallow in poverty, faced with the lack of unemployment, amidst high cost of living, yet, they don’t want journalists to write about them.

If you dare to write about an African leader, a journalist may face many obstacles in his daily activities and will surely face the wrath of the government or threat of society. Journalists are being physically attacked, therefore, things are getting worse for them.

Politicians become more nervous when journalists start investigations against them because they don't want anything to affect their chances of winning elections.

The Global Conference For Media Freedom
The plight of journalists has been taken into serious consideration by certain organizations and governments. This is one of the reasons, the UK and Canadian governments are working together to defend media freedom and improve the safety of journalists who report across the world.

The two governments, therefore, organized a two-day conference which started on July 10, 2019, and ends today, July 11, 2019. The hosts were Chrystia Freeland, Canadian Minister of Foreign Affairs, and Jeremy Hunt, the UK Foreign Secretary.

Structured on four topics, the conference will discuss on Protection and prosecution, including impunity, National frameworks and legislation, Building trust in media and countering disinformation and Media sustainability.

On February 25, 2019, António Guterres, United Nations secretary-general pointed out that, "the media have become significantly less free in recent years, with unprecedented threats to journalists, the media and attempts to control the media.”

In 2018, the United Nations and press freedom organizations reported that over 99 journalists and media workers were killed, over 300 imprisoned and 60 held hostage.