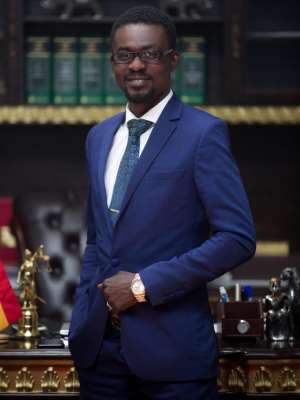 Embattled Chief Executive Officer (CEO) of Menzgold, Nana Appiah Mensah alias NAM 1 is expected in the country latest by midday according close confidant, A Plus.

According to him, NAM 1 left Dubai on Wednesday night and is expected to touch base in Ghana by 11:35am barring any last minute hiccups to flight schedules coupled with transits.

Last month, A Plus and NAM 1 had a conversation in which he revealed that the New Patriotic Party (NPP) governments says he (A Plus) is annoying.

Asked what could be his beef with government he replied “hahaha! Maybe a pound of my flesh ooo. They say I am very annoying.”

According to him, it appears some elements within the current administration want their pound of flesh for which reason a red Interpol alert is still in force confining him to a prison cell despite being victorious over a legal case far away in the United Arab Emirates.

"The lawyers would address the government this week with the hope of them doing the needful for me and my customers,” he noted.

Last week, he was said to have won an appeal against Royal Horizon Diamond in Dubai according to his unofficial PRO, Stanley Kodia aka KOD.

NDC Prepared And Sprayed Concoction On NPP Agents At A Regis...
4 hours ago

Dozens Of Ivorians Arrested For Participating In Voters’ Reg...
4 hours ago