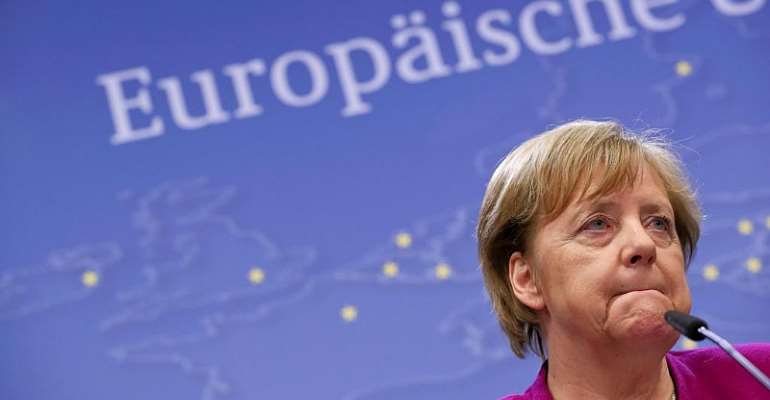 The German Chancellor Angela Merkel has insisted she is "very well", despite suffering her third trembling spell in less than a month on Wednesday.

Merkel began shaking involuntarily as national anthems were being played at a reception for Finnish Prime Minister Antti Rinne in Berlin.

But she attended a press conference as planned an hour later, telling journalists that her health was no cause for concern.

"I feel very well, there is no need to worry," she said. Merkel turns 65 next week.

A source close to the government has said the cause of the repeat shaking is now psychological, with memories of the first incident provoking renewed trembling at events with similar settings.

The shaking on Wednesday was less severe than during the first episode in June.

On that occasion Merkel appeared unsteady and shook as she stood in the midday sun next to Ukrainian President Volodymyr Zelensky.

That first bout of shaking was blamed on dehydration, but a second episode struck a week later at the end of June, just hours before the German chancellor was due to board a plane for the G20 summit in Japan.

Officials had sought to play down fears over her health then, saying that Merkel was fine and that she would not be cancelling any planned engagements.

We've Not Backtracked; We Still Opposes Intransigent, Headst...
14 minutes ago