France drafts new chapter in the ‘war on waste’ 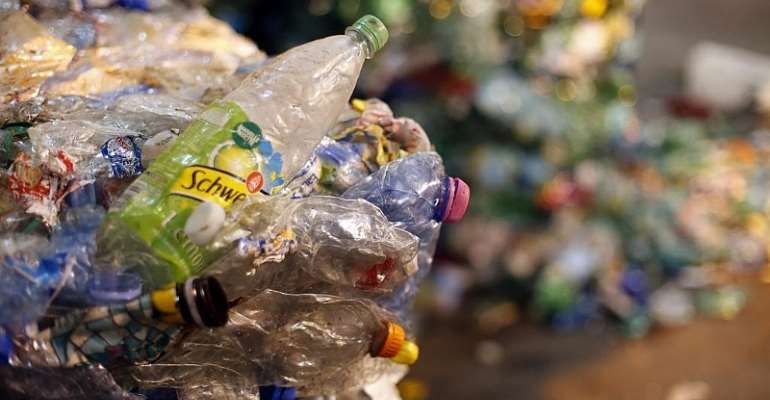 France has laid out its circular economy bill, aimed at drastically reducing waste and encouraging recycling. Presented as key to achieving a more environmentally-sustainable society, it is scheduled to go before parliament in September.

The bill “aims to build everyday ecology, to enter into the economy of the 21st century, where we consume less and better, where we stop producing only to destroy,” Brune Poirson, secretary of state for ecological transition told BFMTV on Wednesday. “It's good for the planet, French people's wallets and it's fair, ”she added.

The government wants to show France is turning its back on the throwaway society and embracing the "repair, re-use, recycle" philosophy at the heart of the circular economy.

The bill builds on the plan announced by prime minister Edouard Philippe in April 2018: avoiding waste-related pollution, protecting resources and the climate, generating jobs which can't be outsourced and developing a culture of repairing rather than throwing away and buying new.

So electric and electronic goods will be noted for their "reparability"on a scale of one to 10. Repairers will have to provide second hand parts. The idea is to counter “built-in obscolesence”: the practice of planning or designing a product with an artificially limited useful life, so it will become obsolete after a certain period of time.

More EPR schemes
France already has a broad Extended Producer Responsibility (EPR) scheme under which businesses are made accountable for their products and any associated packaging, even after they've been sold.

Industries and distributors in sectors such as batteries, medicines, furniture, clothing and electronic equipment already have to pay for and organise their own waste management.

30 billion cigarette stubs are currently thrown away each year, and the bill would bring the construction industry, gardening, cigarettes and toys into the EPR scheme. They would no longer be in the hands of local authorities.

"This is one of the core measures in the bill," says Thibault Turchet, legal affairs adviser with Zero Waste France. "70 percent of waste in France is coming from construction works so there's definitely a lot to be done in this waste stream."

“Unauthorised dumping costs French tax payers euro 340 million per year,” she says, “we throw away the equivalent of the road from Lille to Marseille in carpet!”

A ban on destroying unsold textiles
Another measure would stop retailers from destroying unsold non-food goods like clothes, electronics, hygiene and cosmetic products. According to the Prime Minister's office they are are worth up to 650 million euros per year.

The practice is surprisingly widespread because it can be cheaper to destroy some unsold goods rather than to find them a good second home.

The comeback of the consigne
One much-mediatised proposal is the deposit-return system known in France as consigne. Ten to 15 centimes would be added to the price of single-use drinks containers bought from a shop. The consumer would get their deposit back when they return the empty containers.

However Turchet says the bill "remains ambiguous" and communication from Poirson's department implies it will "only apply to plastic and aluminium".

When the consigne system was operational in France through to the 1970s and beyond, it applied to glass bottles, which were most widely used to contain soft drink.

Targets for plastic recycling but not for reducing consumption

The key challenge for the circular economy bill is to encourage the recycling of plastic and reduce its use overall.

There's a lot of work to be done. According to Citeo, the body tasked with collecting packaging, just 26.5 percent of household plastic is recycled, compared to a European average of 41 percent.

By 2025, the government says it wants 100 percent of plastic to be recycled:an ambitious goal which even the National Council for Ecological Transition says is unrealistic.

What's more, there is no target for reducing plastic consumption.

"Brune Poirson is saying we have a voluntary agreement coming from the packaging industry and grocery stores, but it's definitely not a regulatory target," remarks Turchet.

"It's not sufficient. We need laws, almost half the plastic we use in France is in packaging, so as long as we can't get away from this throwaway society we don't solve the problem. Clearly recycling won't save us."

A "huge gift" say some, "sabotage" say others

Some sectors are deeply worried about the bill, particularly the deposit-return scheme.

Federec, the Federation of Recycling Companies, says bringing back the consigne will be "costly for French people, local councils and small shopkeepers," who, he says likely won't have the means to set up the deposit-return system.

There's little doubt the big beneficiaries will be industrial groups like Coca-Cola, Nestlé and Danone. They'll pick up PET for free and be able to make new bottles out of the crème de la crème of plastics.

Local councils, who currently handle recycling will lose a source of revenue estimated between 250 and 300 million euros per year.

From Federec's point of view the plan "privatises the only plastics that make money, and leaves local councils with the ones that cost money".

“I see this proposal as sabotage,” says Arielle François, deputy mayor of Compiègnes and administrator at the local sorting centre. “"We sell close to four million euros of raw materials, it's a third of our revenue. They're going to pinch the bankable stuff and leave us with the nappies, it's outrageous!”

One way or another France has to find a way of reducing plastic.

In June, the World Wildlife Fund said France's rate of recycling of plastic waste in particular was lower than that of Spain, Slovenia, Italy and Israel, and it was due to poor waste management.

France, it said, was largely to blame for the 570,000 tonnes of plastic entering the Mediterranean every year.