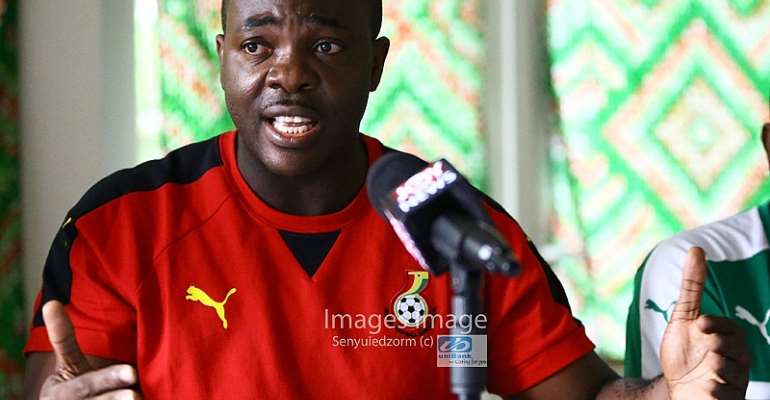 His call follows the National team's abysmal performance in the 2019 African Cup of Nations tournament.

Ghana lost 5-4 to Tunisia in penalties on Monday in the round of 16 leaving the nation in shock.

Commenting on the Senior National Team the Black Stars of Ghana exit from the ongoing tournament, Eric Adjei said since the Sports Minister promised to win the tournament and couldn't, he must be removed immediately for incompetence.

"The Minister promised to win the trophy so if the team could not win it then he must be sacked. The Minister also failed to disclose the budget to Ghanaians and you see these people, team that you were sending to play a tournament and you sent three times of budget without winning it, he must go", he told O.B on Asempa FM late afternoon political show Eko Sii Sen on Tuesday monitored by Daniel Kaku.

He stated that if Ghanaians want to blame anybody it's none but the Sports Minister.

"If we want to blame anybody then we should first blame the Sports Minister. The Minister should come and tell Ghanaians that was unity at the camp of Black Stars or not", he emphasized.

He intimated that it is high time Ghana go for a foreign coach because as for foreign coach no Ghanaian can influence and control him adding that, "Influence in Black Stars by some politicians was too much".

Mr. Adjei blames President Akufo-Addo for the Stars' elimination who played a major role in the formation of the senior team prior to the tournament.

Angry Eric Adjei also descended on some sports journalists in the country for failing to criticize the Sports Minister as they did to John Mahama-led Sports Ministers.

"Most of the journalists in this country are not fit for their jobs, you know the reason, anytime there is a new administration, look at how they behave, was it not these same people who were always on the neck of Kwesi Nyantakyi and today these journalists fear to criticize Isaac Asiamah and it seems they have something secret with him, look at them, their mouths are fulled, I am telling them", he charged.

He added "...you just look, now that they are coming, they are coming to talk about the coach Kwesi Appiah but when NDC were in power, was Elvis Afriyie Ankrah an assistant coach, was Nii Lante a coach, they were all blamed by these journalists so if today something is not going well, you must also blame the current Sports Minister too," he intimated.