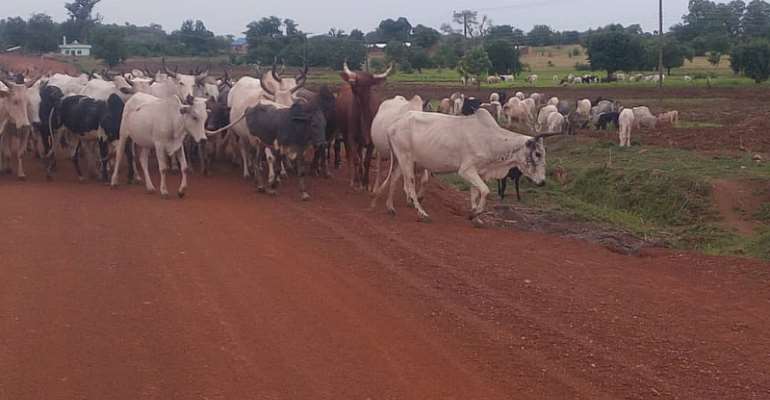 Mr Cletus Aanye, a Veterinary Officer at the Sissala West District, Upper West Region, has expressed worry over poor entry route of animals into Ghana from other neighbouring countries including Burkina Faso causing financial loss to the state.

He said veterinary officers ought to inspect, vaccinate and provide movement permit for animals entering the country which could serve as a source of revenue for both central and local governments.

He cited the Sissala West District where herders from Burkina Faso enter into the district through unapproved routes making it difficult to take stock of the animals entering the country and to provide the necessary services for revenue generation.

Mr Aanye attributed this to the lack of livestock corridors in the area and appealed to the government and appropriate institutions to provide structured corridors to avoid haphazard entering of livestock into the country.

He stated this in an interview on the sideline of a livestock training workshop in Tumu under the “Project to Support Livestock Mobility for Better Access to Resources and Markets in West Africa” (PAMOBARMA).

The workshop, organised by the Centre for Indigenous Knowledge and Organisational Development (CIKOD) with funding from the European Commission, was to sensitise stakeholders in the livestock industry to the basic requirements of livestock production, trading, mobility and value chain in the West African Sub-region.

Currently, Ghana had no livestock corridors to track and control livestock herders entering the country from other countries thereby paving way for haphazard penetration of livestock into the country.

Statistics indicate that 77, 871 metric ton of livestock was produced Ghana in 2018, accounting for on 19 per cent, while the remaining 81 per cent was imported with scarce foreign exchange resource to meet local demand.

Mr Eric Annuoh, Programme Officer for the PAMOBARMA project indicated that in spite of the potential of livestock rearing to transform the economy of farmers, people tend to shy away from the sector partly due to the cost involved.

“It is advisable that if you want to be safe at rearing you will want to make it intensive and keeping intensive livestock is very expensive … especially, if you are thinking of the agro-industrial like the soya meals that I mentioned.

So sometimes people have the passion to keep them but the cost involved is actually one thing that deters them, and like I also said if you keep them intensively, hygiene is also another one and even accessing veterinary services is not easy”, he explained.

However, Mr Tahiru Ali, Presiding Member for the Sissala West District Assembly, urged farmers and the youth to see livestock rearing as a business venture and to invest the maximum resources into it for a productive outcome.

He also indicated that despite the challenges inherent in livestock rearing people were not privy to the importance and potential of the sector, hence, their little or no interest in keeping livestock.

Mr Ali, therefore, emphasised the need for extensive sensitisation campaign towards livestock rearing which would also go a long way to make the government’s rearing for Food and Jobs (RFJ) programme successful.

President Akuffo-Addo, on Monday, 24th June 2019 launch the RFJ programme which was aimed to improve livestock rearing in Ghana and to reduce the import of meat into the country.