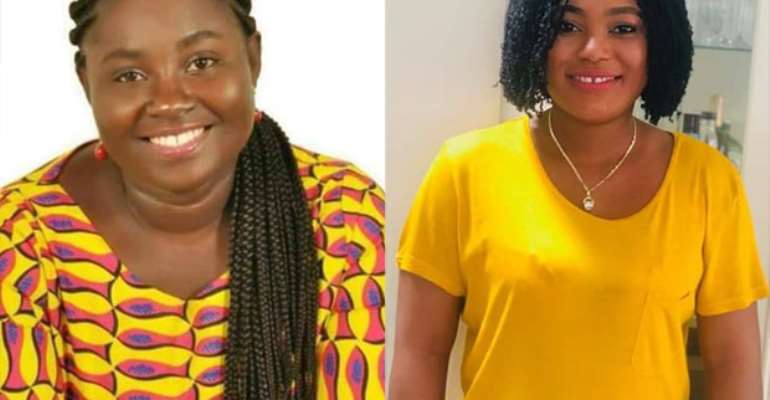 The National Democratic Congress (NDC) has reportedly stopped its former Parliamentary candidate, Margaret Ansei aka Magoo from contesting the upcoming party primary in the Suhum Consitutency in the Eastern Region.

The party leadership has rather endorsed Amanda Okyere – Kwaita, an ally of former President John Mahama to contest for the seat even though other party members have shown interest in the race.

Amanda Okyere-Kwatia was spotted in the company of the Party's National Chairman, Ofosu Ampofo over the weekend during a visit in Suhum attending some funerals and also monitoring the just ended EC Limited Voters' Registration exercise.

Former Parliamentary candidate, Magoo who was the former MCE for Suhum lost general election by 5,000 votes to the incumbent MP, Frederick Opare-Ansah but was interested in contesting once again in 2020.

However, the party hierarchy has allegedly mounted pressure on her to step aside for Mrs. Ohyere-Kwatia because they said her candidature cost the NDC in Suhum in previous elections.

The NDC leaders are saying that she was a disaster as MCE and cannot get more votes for them.

During her tenure as the MCE, she allegedly hires thugs who went on a rampage destroying the equipment of the Electoral Commission (EC), assaulted chiefs, journalists and members of the then opposition NPP.

Daily Guide understands that the former MCE, although not happy with the decision has met with her campaign team and disclosed to them that she won’t contest in the upcoming party primary, a decision that has not gone down well with some of her supporters in the constituency.

Currently, there is uneasy calm in the NDC in Suhum as a result of the Magoo issue and her followers have decided not to support the bid of the preferred candidate of the party.

Mrs. Okyere-Kwatia has since been embarking on humanitarian activities and also lobbying the delegates to vote for her to unseat the NPP in 2020.

So far, former Chief of Staff under Mahama, Julius Debrah and the former Suhum MCE, Samuel Kwabi, have all failed to unseat the NPP's Frederick Opare-Ansah.