Basic Public Schools Terminal Examination Saga: Prove That Our Country Is Under A Spell? 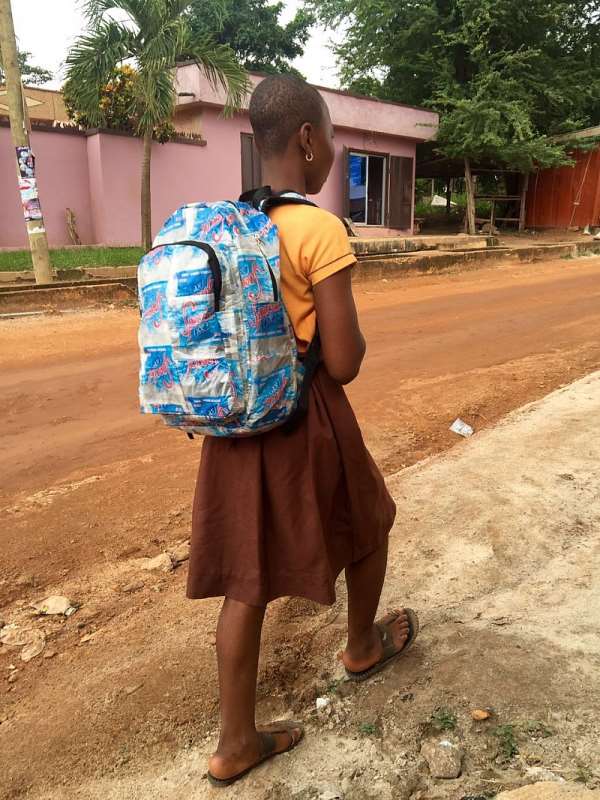 Waking up to be greeted by the news that a new parliament house has been conceived to replace the existing one which had been refurbished less than five years ago was enough to cause me sick in my stomach more so because I had learnt that a whooping sum of $200million had been earmarked for the proposed project. While I was trying very hard to get over it, news came rife that some ridiculous decisions had been concocted for enforcement at the basic level of the public education sector with regards to funding of terminal examinations. I may never be able to recover from the shock now. The most choking bit of the decision that is seamlessly causing widespread indignation among teachers across the country has to do with the fact that the decision, ridiculousness, notwithstanding, is being imposed on the grassroots by the very top hierarchy of the Ghana Education Service (GES). Yet again, compulsion is being applied instead of exploring broader consultations as a means to attempt to find a lasting solution to the nagging problem that has brought the name of the GES into disrepute in the past. And the open disregard to the key actors and enforcers of education in the country at the grassroots (teachers) continues unabated. So I begin to wonder just what kind of a nation our country has turned into. Oh Ghana!

You would recall how the GES, in April this year, became the laughing stock of the general populace when pictures of exam questions written on chalkboards for terminal examinations went viral. It was the result of a directive from the GES that no examination fees were to be charged by any basic public school while it had no plan in place to sustain the (now) common practice of administering exams in print. Though there were several letters from various GES authorities stating the aforementioned directive in clear plain language, the chairman of the GES council, Mr. Michael Nsowah Adjei was on record to have debunked the said directive when he claimed it was either misunderstood or borne out of teachers' mischief. As for me, I will have none of it because I know very well that he was merely doing damage control upon realising the embarrassment that their decision had brought onto themselves given the amount of ridicule and disappointment from the general public.

One would think that the men put in charge of running the country’s educational affairs and fetching us good results would come out with a workable solution to the issue by now given that they have had over three months to come up with a way forward. Well, they have actually come up with one with just under two weeks to the start of the end of year (term 3) exams. The decision was, according to sources, put before representatives of the various stakeholders including Conference of Heads of Basic Schools (COHBS) and Conference of District Directors of Education (CODE) on the 2nd of July, 2019. It is that the position of the GES on payment of exam fee in basic public schools remained unchanged, and that no money should be taken from any parent or child for the purpose of organizing exams. That is a laudable stance and of course, one worth standing by. After all, there are so many parents who are going to struggle with coughing up any amount of money for such purposes especially on routine basis termly! However, the decision vetoed is highly ill-advised, to say the least. Their way forward, as allegedly presented to COHBS and CODE, is that money would be made available to them to print exam questions for the pupils, but it will be much later, after the exams are completed. Therefore, they allegedly decreed that every head teacher in every basic public school in Ghana, your community notwithstanding, should go to a local printing press and get the questions printed on credit so that when the money is ready, the cost will be cleared. This decision reveals the limited understanding that the GES hierarchy has about the problems and general issues bedevilling the education sector.

I, initially, thought the directive came from, maybe, the UK High Commissioner to Ghana, only to discover that it was believed to put forward by a Ghanaian educational administrator by name Mr. Anthony Boateng who is a Deputy Director General of Education in charge of Management Services. I was baffled profusely that this came from him. It means that his Management Services has probably been limited to the towns and cities because he would appreciate that, if he ever went far from the cities to discharge his duties at a place like Kalongo in the Ashanti Region, the Headteacher of Akoto Danso D/A Primary School has no accessible road network nor electricity in his locality. How then will he have access to a printing press - something that would be too much of a luxury – in such a community to go to for such negotiation? Secondly, that school is being housed in a wooden structure constructed by community mobilisation activities and resources while the school owns no valuable assets. So, what collateral would the Headteacher use to convince any commercial printing press to print questions for him on credit? Obviously, that decision, if it was made, is neither laudable nor feasible but clearly smacks of a lack of understanding of the issues on the part of those at the top of educational management in the country.

These are the questions that keep running through my mind, though:

You see, the politicians in this country are simply taking us for granted. Even those put in charge of public and civil services who are normally supposed to be neutral professionals are no longer neutrals. A lot of them are planted there by political leaders to do their bidding. Sometimes the decisions they take are shocking, but they insist on these shenanigans because they are meant to achieve political goals or electoral victory. They tend to bring up policies because their research normally show that those policies, even if they are not successful, will still win them political power so they go ahead to waste state resources on such policies. The public purse which is already overburdened is still made to carry some more loads by hook or crook because someone will get the opportunity to siphon something when such initiatives are pushed through. The politicians behind these initiatives will score cheap political points for these misplaced priority policies as well as steal monies for their electoral campaigns via same initiatives, yet would have us believe that it is for our own good. Let us, at least, show some reverence to the Almighty even if our conscience is dead and we do not reserve any love for our country.

Is it not disturbing that you (GES) are all over the place threatening teachers and Headteachers who you say you will dismiss if they arrange with parents to organize exams for pupils yet your motive is most likely not a genuine one, they very reason why you got it wrong for issuing such threats? In fact, it is fast becoming a habit of the policy makers to jump to issuing threats, at the least opportunity, to teachers and Headteachers - a practice I see as a sign of disrespect for them (teachers). It is about time that practice stopped. Being at the top to make policies, and take decisions for your colleagues does not make you super human neither does it make you the reservoir of all knowledge and power! However, constructive dialogue is what you should as a leader aim to stimulate, generate and promote in all your dealings because that is a better way of solving problems. Look here (please), there are MPs, a lot of who could effortlessly sponsor the printing of exam questions for children in their constituencies through their MP’s Common Fund yet they will never do it. Why have you not considered making it a policy to have everyone of them sponsor the termly exams of these basic public schools from their common fund? I think there is a ploy by some leaders to have children in the state remain disadvantaged and incapable of becoming empowered and useful to the country – a situation that would also enlighten them by default - with about 70% of pupils in basic public schools remaining illiterates and innumerate while they constantly push for unnecessary things such as the refurbishment of the parliamentary chamber to make it more luxurious. Do you know how many world class KGs the $200 million can build in this country? Do you know how much improvement good KGs can yield for the nation’s economy? It is imperative that the majority of our men at the top do not understand the dynamics of economic advancement. Or, do they want to remain simply heartless? Posterity will surely judge all of us!