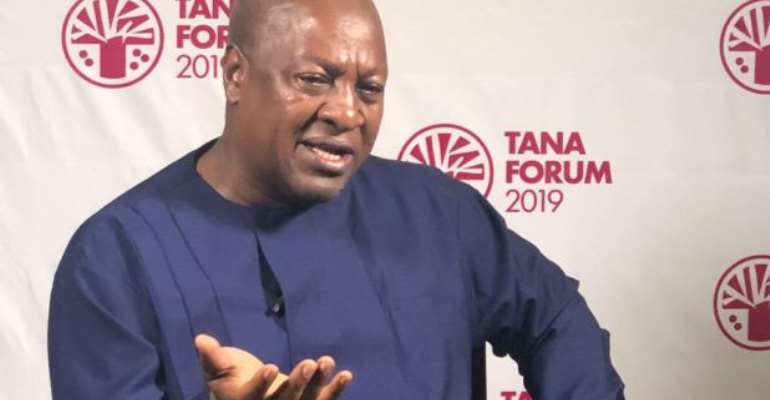 The meeting is scheduled to take place around 11:am at his Office located East Cantonments near Captain Hooks.

It forms part of the Commission’s engagement with key stakeholders which has seen it already meeting former Presidents Jerry John Rawlings and John A. Kufuor.

It is unclear what is on Mr. Mahama’s heart to pour out to the EC boss, Jean Mensa and her deputies.

But it would not be surprising to hear him revive the issue of alleged vote rigging in the 2016 Presidential election which he lost miserably to then opposition leader and now President, Nana Akufo-Addo.

the rigging process was facilitated through “the use of IT in results transmission and possibility of hacking.”

He made the allegations about the 2016 at the Oxford University Said Business School Distinguished Speaker Seminar organised in collaboration with the African Studies Centre and the Oxford Africa Business Alliance.

Mr. Mahama is the Presidential candidate for the opposition National Democratic Congress (NDC) for the 2020 elections.