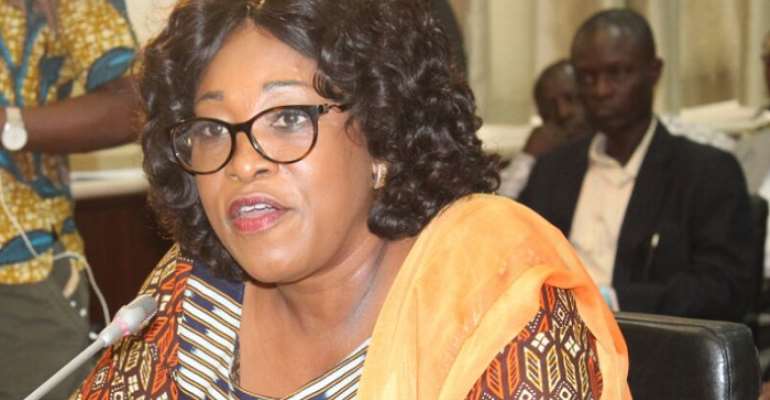 The Minister of Foreign Affairs and Regional Integration has sued the Member of Parliament for North Tongu, Samuel Okudzeto Ablakwa, publishers of the Africawatch Magazine, General Media Strategies Inc. and the editor over the publication of some alleged defamatory piece against her with regards to the newly opened Ghana’s Embassy in Oslo, the capital of Norway.

The magazine accused Shirley Ayorkor Botchwey of attempting to buy two properties – one for the chancery and the other for the Ambassador's residence at the cost of US$16.5 million.

The report accused the Minister of engaging in alleged “shameful conspiracy to steal from the state.”

Africawatch through the report put together by its editor, Steve Mallory, further accused the Minister of inflating “the cost of the building to a whopping US$16.5 million.”

A similar claim had been made by Okudzeto Ablakwa and the Minority in Parliament several months back.

In a writ of sighted by citinewsroom.com, the Foreign Affairs Minister, through her lawyers, described the publication was “defamatory…and without any basis.”

She is among other things demanding a retraction of the story and “compensatory damages US$ 20 million for loss of reputation against the defendants.”

The Foreign Affairs Minister is also seeking from an Accra High Court, an “order of injunction directed at the defendants, agents, assigns, privies from continuing to make any further defamatory publication about the plaintiff.”

Voters’ Registration: Everyone Will Be Safe – A/R Minister A...
43 minutes ago