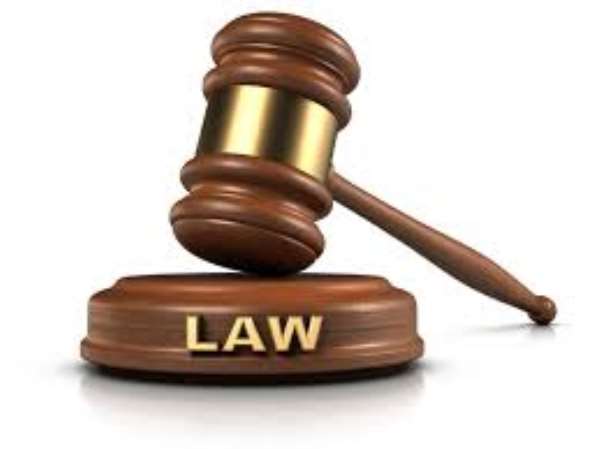 An Accra High Court presided over by Justice Afia Asare Botwe has asked two Modern Ghana and a Peace Fm Journalist who were arrested and charged with conspiracy to steal, stealing as well as unauthorized access to electronic information to go free after it withdrew a case brought before her.

Information gathered revealed that the State Prosecutor, Stella Ohene Appiah asked the court to let go off the three as she seeks to probe deeper for more evidence following a new lead she has in her possession.

This comes at the back of the raiding of the Modern Ghana Office by the National Security which led to the arrest of an Editor, Emmanuel Ajarfor and a Reproter, Emmanuel Britwum accusing them of indulging in cyber crime activities last Thursday.

We are learning that while in custody, Editor of Modern Ghana, Emmanuel Ajarfor was physically man-handled by the National Security Operatives and this pushed many Civil Society Organizations as well as Political Party leaders calling for the removal of the National Security Minister, Ken Dapaah and also question the agency as they are been noted for beating criminals whiles interrogating them.

It has been established that Peace FM’s Editor, Yaw Obeng-Manu who was also arrested, questioned, arranged before the court and slapped with unauthorized access to a password among other charged has been let off the hook.

In the interim, lawyer for the Editor of online portal, Modern Ghana, Sampson Lardi Ayenini expressed his disappointment in court as he termed the hearing as an embarrassing somersault the State had taken so much time in preparing adding that his client is innocent.

Lawyer Ayenini said “They cannot find charges to press because there is none. If they force themselves to find a charge, they will find some but they will be trumped up. This is the very first embarrassing somersault that you have taken so much time to prepare. This gives a clue that when there is nothing to deal with in court, you don’t force it because when you do, you will have eggs in your face.”

The Renowned Lawyer assured the State of a comeback if the case is ever recalled by the Accra High Court.

“If they ever come back, we will still be here. We will leave no stone unturned to ensure that the inhumane treatment, the injustice and persecution for parochial interest will not happen.” he warned.

Meanwhile, Lawyer for Emmanuel Adjarfor, Lawyer Samson Lardi Ayenini has told an Accra-based Television station that they will sue the state soon.

In other developments, one of the two Modern Ghana Journalists, Mr Britwum, we are learning made a sudden U-turn on Wednesday evening, releasing a statement that he was coached to lie.

“It is the case of my client that some attempts have been made in the media to draw in into the raging debate over an alleged unlawful arrest and torture-laden interrogation of Mr Ajafor by the National Security. I have not elected anyone to speak on my behalf on this matter.” the statement revealed.

Lawyer Samson Lardi Ayenini revealed that he was flabbergasted by the sudden U-turn and adding that he will not represent Mr. Britwum any longer.