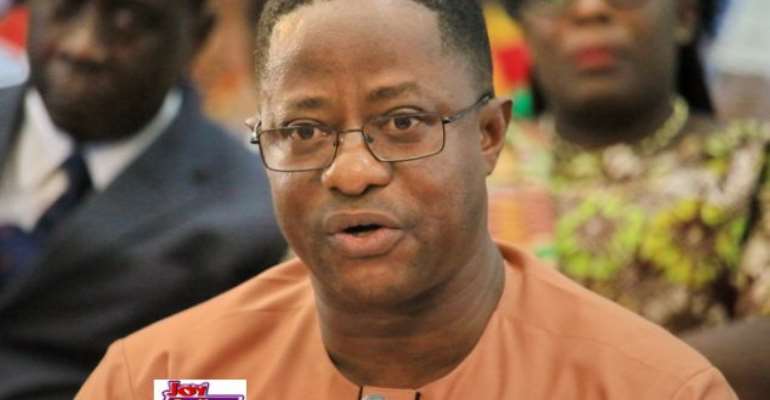 File Photo of the Minister of Energy,Mr. Peter Amewu

Akosombo is running just two of its six turbines at 500 MW - about half its total capacity of 1020 MW.

Meanwhile, some power companies remain under heavy debt and have threatened to shut down within a week of their debts remain unpaid.

The Chamber of Independent Power Producers and Bulk consumers (CIPDIB) told Joy News if some $700 million debt owed its members is not paid in eight days, it will plunge Ghana into darkness.

Explaining the situation, the Chief Executive of CIPDIB, Eliplim Kwabla Apetorgbor, said the decision to cut power supply has been necessitated by debts they have incurred in running their operations.

These operations, he said include fueling and maintaining their plants and paying workers.

Attempts to retrieve these debts have been met with stonewalling from PDS. They have also failed to respond to their demand letters or invitations to a meeting to discuss outstanding payments.

These claims are being contested.

Speaking on Joy FM’s Super Morning Show, William Boateng also denied claims that PDS has failed to honour its financial obligations to the IPPs since it took over the distribution of power from the Electricity Company of Ghana in March 2019.

Director of Communications at PDS said the PDS has no contract with the Independent Power Producers. They, therefore, owe the IPPs no obligation to respond to their correspondents or make payments to them.

“Mr. Apetorgbor got it wrong there,” Boateng said.

Explaining this, Mr. Boateng pointed out that PDS has a contract with ECG and it has not reneged on it.

“We have honoured all our concessional obligations to ECG. ECG gives us bulk bills and we pay every week,” he pointed out.