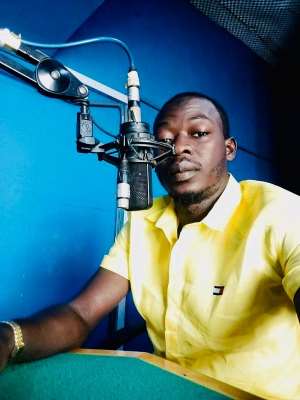 People may doubt what you say, but they will believe what you do. -Lewis Cass

If demonstrations are done to substitute worries of the people for impressions, then I will love to ask these few questions to know how the people aren’t impressed or what’s of worry to them that others think they need stand up against.

I read from our “former President”, His Excellency John Dramani Mahama’s Facebook page on his endorsement to the “Kum Y3 Pr3ko” Demo where he suggested the people today are witnessing a downward trend and unbearable cost of living.

I know many others have chosen to join the demo and even campaigning to win others, are these people joining with conscience of a genuine course of action or because their mental faculty have deteriorated. I have this puzzle I want our Onaapo brothers to help me fix to come to terms with what he is saying though he is yet to come to terms with his lose.

How is FSHS causing a downward trend or causing a high cost of living when it’s to take the burden of the poor dad and mom?

How is NABCO causing downtrend or high cost of living when it’s to provide a source of livelihood for the graduate that has been jobless for over 3,4,5years under the JM incompetent government?

How is Reduction in tariffs causing an increase in the cost of living when the poor sachet water seller who now pays less for electricity making her input cost lower? Was that why NDC argued the reduction would reduce government revenue?

How is PFJ causing an increase in cost of living when it intended to reduce the input cost of the farmer by ensuring a 50% reduction in cost of fertilizer and also enabling them to even pay half cost of bags of fertilizer needed and only to pay the other half after farming?

How is the scrapping of the “kayayei levy” causing hardships when it’s to save the poor girl at “Makola” and “kantamanto” save Gh1 daily that was taken by government? Was that why NDC challenged government attempt to scrap it?

How is restoration of allowances causing increase in cost of living when the ‘poor’ teacher trainee or nursing trainee can use such monies to enable them meet their basic needs that they would have depended on their parents to provide them.?

How is increase in GDP growth rate a downward trend, since when does a growth in the general output of our country now a sign of retrogression and not progressions?

How is decrease in inflation a downward trend, since when does the measure of a reduction in inflation which shows a sign of stability in prices now a retrogression and not progression?

How is decrease in bank Lending rate a downward trend. Since when does reducing the interests charged on loans to enable more businesses have access to credit facility by erasing fears on being charged more now a retrogression and not progression?

Since when does a stable ‘cedi’ suggest a downward trend? Did all of these Economic indices join in the sharp U- Turn trend of the NDC as soon as they left office or the NDC have a green book definition of downward trend and high cost of living.

If these things are causing hardships and high cost of living what is was Cancellation of allowances causing?

What was judgement debts causing?
What was state funds ending in individual pockets through dubious contracts causing the state?

What was inc in tariffs by 53% causing?
I now seem to come to terms why JM said “we forget too soon”, it’s like his own NDC people were the sample size that made him drew the conclusion.

Does the NDC and JM think they were voted out because Ghanaians just wanted a change, someone should remind them they weren’t just voted out but sacked with a mark of 44%,with which if they don’t take a second read through their own “Botwe Report” it might remain their best mark going into 2020.

Why would someone bring back the man who caused the problems to fix them knowing he hasn’t changed the conscience with which he caused all of those failures. Is it the bus branding, the guinea fowls or the Ford u took that makes u a better option.

This walking will win more ppl than your 2020 contest. Ghanaians are impatiently waiting to vote u from former president to normal citizen.

What the NDC should know is that, we might not as Ghanaians have the desired political party to manage our nation, but as its said,” in the absence of desirable, available becomes the choice”. So, Between the NDC and NPP in terms of who can better manage our economy, the NPP is far better and all discerning minded people knows this.

This politically driven minded demonstration therefore does not reflect the true feelings of the rest of the objective minded Ghanaians who put development as the decisive measure of who is a better option to run the affairs of this noble nation of ours.

Voters’ Registration: Everyone Will Be Safe – A/R Minister A...
9 minutes ago