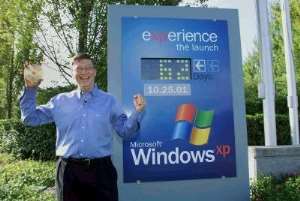 LISBON - Microsoft Corp Chairman Bill Gates said on Wednesday that government attempts to censor Web sites or blogs would fail since the banned information could get out in defiance of official efforts.

The spread of private e-mail means online users could distribute banned news despite government injunctions, he told a news conference.

"You may be able to take a very visible Web site and say that something shouldn't be there, but if there's a desire by the population to know something, it's going to get out," he said.

However, Gates said Microsoft, the world's biggest computer software company, had to meet legal requirements of the countries where it does business.

Microsoft pulled the blog, or Web log, of a critic of the Chinese government in December after getting a government order to do so.

Gates was in Lisbon for a Microsoft-sponsored forum on how to use Internet technology to make the public sector more effective.