Calls for unity in Ethiopia's Tigray as anti-Abiy sentiment swells 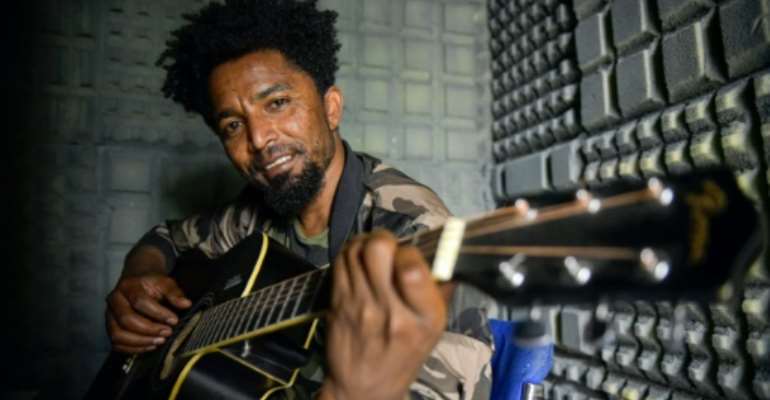 In his cramped studio, Ethiopian reggae singer Solomon Yikunoamlak plucks his guitar and reads over his latest ballad, a strident call for unity in his native Tigray during a time of national upheaval.

It is unusual material for an artist who rose to fame singing love songs, but Solomon expects it will resonate with Tigrayan listeners who have witnessed their authority fade under Prime Minister Abiy Ahmed's leadership.

Since coming to power last year, the 42-year-old leader has loosened controls in long-authoritarian Ethiopia and shaken up decades-old power arrangements, angering some Tigrayans who feel sidelined as other ethnicities jostle for influence. 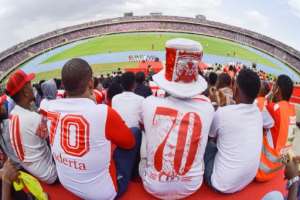 Tensions are colouring everything from Tigrayans' Facebook posts to how they watch football. By Michael TEWELDE (AFP)

"Nowadays everybody becomes activists, and everybody becomes politicians," Solomon told AFP, reflecting on the fevered political climate that has taken hold since Abiy assumed office. "This is because of the current problems."

In Mekele, the regional capital, Tigrayans complain they have been scapegoated by the prime minister, who is an ethnic Oromo, for Ethiopia's woes in recent years. 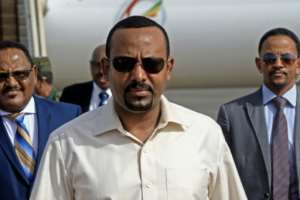 Since coming to power last year, Abiy has loosened controls in Ethiopia, angering some Tigrayans who feel sidelined as other ethnicities jostle for influence. By ASHRAF SHAZLY (AFP/File)

Two of the victims, including the army chief, were from Tigray, and their funerals in Mekele sparked an outpouring of grief, with some mourners denouncing Abiy as a traitor.

"There is a huge frustration here in Tigray," said Nebiyu Sehil Mikael, a writer and lecturer at Mekele University.

"There is a sharp opposition against the federal government."

'We are under threat'

Yet anger with Abiy was a feature of daily life in Mekele before the June unrest. 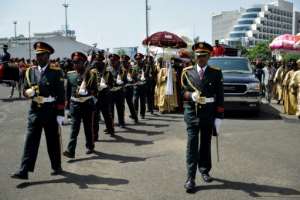 The assassination of Ethiopia's army chief, who was from Tigray, the president of Amhara state and three other top officials has angered many Tigrayans. By Michael TEWELDE (AFP)

Tigrayans grumble of a central government hostile to their interests.

Though they make up just six percent of Ethiopia's population of 100 million people, Tigrayans were long seen as wielding outsized authority.

After toppling the brutal communist Derg regime in 1991, the Tigray People's Liberation Front transformed from a rebel movement into the strongest political party of the ruling coalition that remains in charge today.

But the TPLF was undermined by several years of anti-government protests that swept Abiy to power.

It remains part of the ruling coalition, though it has been weakened further under Abiy. 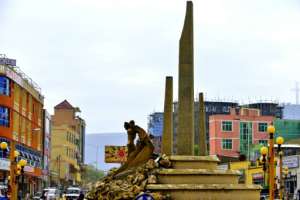 In Mekele, the regional capital seen here, Tigrayans complain they have been scapegoated. By Michael TEWELDE (AFP)

Tigrayans have been stripped of top positions and in some cases jailed on charges of corruption and human rights violations.

Some of those targeted under Abiy have become Tigrayan heroes.

Clothing vendor Zayid Meles said one of her top sellers these days was a T-shirt declaring "I am Getachew Assefa" -- a reference to the powerful Tigrayan former spy chief who Abiy fired last year.

Despite being the target of an arrest warrant, Getachew remains at large and is believed to be hiding somewhere in the region.

Zayid said the T-shirt -- which includes a rendering of Getachew's face shielded by a scarf, hat and sunglasses -- is a way of signalling to Abiy that Getachew will never face trial.

"All Tigrayans buy it," she said. "Getachew is a hero."

Tigrayan fears for their future override other concerns about the TPLF's shortcomings in promoting democracy and fighting poverty, said Mahari Yohans, a prominent Tigrayan political commentator.

The situation has become so polarised that Tigrayans are increasingly entertaining the idea of secession, said Wondimu Asamnew, a Mekele native and longtime Ethiopian diplomat. 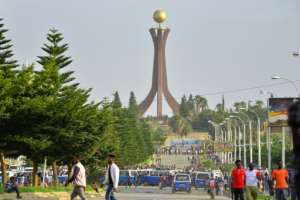 The situation has become so polarised that some in the Tigrayan capital Mekele are entertaining the idea of secession. By Michael TEWELDE (AFP)

"It's very sad," he said. "They have started even to question whether or not they belong to the country."

Even if secession is a far-fetched prospect, it's clear the tensions are colouring everything from Tigrayans' Facebook posts to how they watch football.

Fans of Mekele's Ethiopian Premier League club, Mekele 70 Enderta F.C., were dismayed earlier this year when supporters of a rival club tore down a poster of Tigrayan former Prime Minister Meles Zenawi during a match in Addis Ababa.

The teams' supporters skirmished again at a follow-up match in Mekele, prompting the Ethiopian Football Federation to temporarily suspend the league.

The TPFL has seized the opportunity to turn support for Mekele 70 Enderta F.C. into a regional cause. 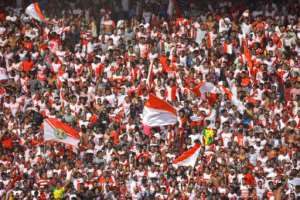 Tensions between Mekele football club supporters and rivals over politics forced the football federation to temporarily suspend the league. By Michael TEWELDE (AFP)

Party officials were on hand Sunday to watch the club win its last match of the season at Mekele Stadium, securing the league championship.

As jubilant fans jammed city squares and set off fireworks late into the night, Twitter posts praised the team for its triumph and for overcoming what one user called a "corrupt" federation that "tried all it could to deny them".

For some fans in Mekele, though, the politicisation of football was too much.

"The so-called politicians need to focus on their politics," said Asmelash Nigus. "It would be better if they don't involve themselves in football."

Resignation Not Part Of Our Covid-19 Laws, Prosecute Carlos...
35 minutes ago