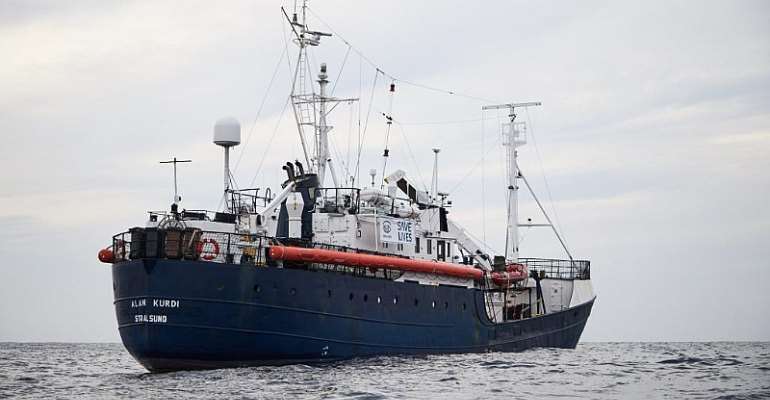 Some 65 immigrants aboard the German NGO ship Alan Kurdi arrived in Malta on Sunday night. They will soon be transported to a number of other European countries, according to Prime Minister Joseph Muscat.

“Following discussions with the EU Commission and German government, the Malta government will transfer 65 rescued immigrants on board the Alan Kurdi to an Armed Forces Malta asset which will then enter a Maltese port,” said Muscat on twitter earlier in the evening.

“All rescued persons on board will be immediately relocated to other EU Member States,” he added.

Muscat added that these immigrants were not the responsibility of the Maltese government.

"In a spirit of European solidarity, I offered that we contribute to the effort by accepting up to 40 people," said German Interior Minister Horst Seehofer after the meeting on Sunday, adding that they had a fast-track way of dealing with immigrants.

The Maltese armed forces also rescued some 58 other immigrants on a sinking boat on Sunday. Joseph indicated that at least half of these people will be relocated in other European countries.

The Maltese and Italian authorities issued a joint statement on the latest rescues.

"It is no longer permissible to continue proceeding on a case-by-case basis, seeking urgent solutions," said the foreign ministers of Italy and Malta, Enzo Moavero and Carmelo Abela.

Rescuers increasingly frustrated
While governments were trading numbers and responsibilities, rescuers were hanging in the balance. Malta had banned the German rescue NGO Sea-Eye ship from coming into its territorial waters on Sunday.

"Once again, we were not allowed to enter the port of Valletta, despite our humanitarian mission," said Carlotta Weibl, a spokesperson for Sea-Eye.

"This situation cannot continue," added Weibl.
Italy passed a decree last month that fines the boat owner and the captain €50,000 if the vessel enters Italian waters without permission.

The police seized a yacht carrying 40 immigrants when it docked in Lampedusa on Sunday morning. The defiant boat, called the Alex, was chartered by an Italian left-wing group Mediterranea.

The police opened a probe on the captain for allegedly assisting illegal immigration and disobedience against warships, said Meditarranea spokesperson Alessanda Sciurba.

"We have two vessels in escrow, the fine of the decree to pay in addition to legal fees. (...) We need a lot of help, because we certainly have no intention of stopping," Sciurba said on Sunday in Lampedusa.

An Italian judge last week invalidated the arrest of Carola Rackete, the captain of a boat from rescue organisation Sea-Watch. She had forcibly docked in Lampedusa with 40 immigrants after awaiting permission for two weeks, saying that she thought some of the immigrants would commit suicide.

Rackete is still being investigated for aiding illegal immigration and resisting the police.

The next EU Foreign Affairs Council meeting in July will include an agenda item on creating a permanent mechanism in the EU that tackles all sensitive issues concerning immigration.