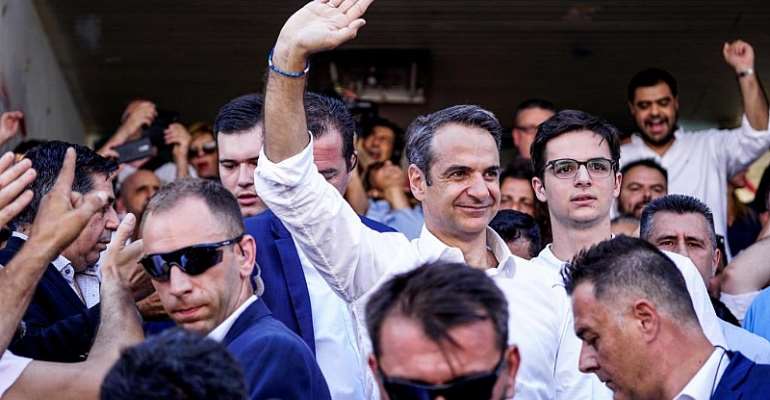 Greece's conservative prime minister-elect Kyriakos Mitsotakis has vowed that the country will proudly enter a post-bailout period of "jobs, security and growth" after winning a landslide victory in Sunday's general election.

"A painful cycle has closed," Mitsotakis said in a televised address, adding that Greece would "proudly raise its head again" on his watch.

"I will not fail to honour your hopes," he said as early congratulation calls came from outgoing European Commission chief Jean-Claude Juncker and Turkish President Recep Tayyip Erdogan.

With official results from 94 percent of polling stations, New Democracy scored a crushing victory with nearly 40 percent of votes -- its best score in over a decade -- to 31.5 percent for Tsipras's leftist Syriza party.

Mitsotakis will be sworn in as Greece's new prime minister on Monday.

If the results are confirmed, the 51-year-old Harvard graduate and former McKinsey consultant Mitsotakis will have a majority of 158 lawmakers in the 300-seat parliament.