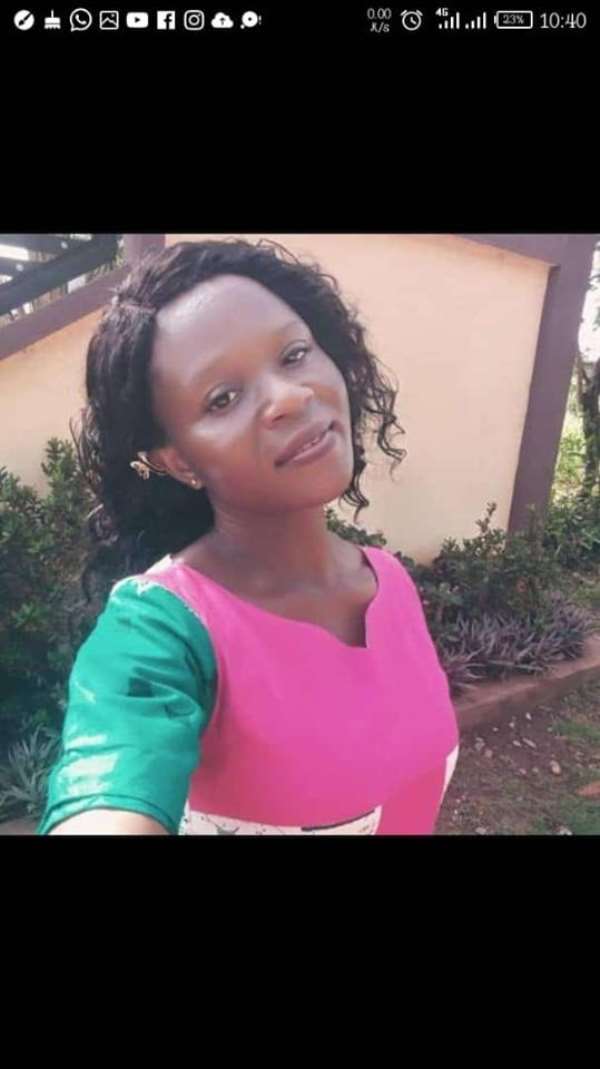 Friends and family of Pearl Sedinam Lulu are still wondering about her mysterious death.

Pearl who is a female teacher in Golokwati in the Afadjato South District was scheduled to get married to one Mawufemor Kosi Wampah before her untimely death last Friday July 5, 2019.

A friend of the diseased who wished to remain anonymous explained that Pearl, who is a calm person was returning from Accra to Hohoe last Thursday, July 4, 2019 when she started “saying some words in the bus.”

She then complained of severe headache, which made the occupants of the bus send her to the Akuse Government Hospital for treatment.

Apparently, Pearl who has her family in Hohoe, was returning from Accra for her engagement (traditional marriage) and wedding ceremony which were slated for Friday, July 5 and Saturday July 6, 2019 respectively.

Their wedding invitation card and other social media posters had said the two were billed to have their wedding on Saturday July 6, 2019 at the 3 Towns Assemblies of God Church in Hohoe.

Her husband to be, who is reported to be a resident in Accra had arrived in Hohoe on Thursday to join the wife-to-be, in preparing for their big day.

Unfortunately, the widely publicised ceremonies could not take place as Pearl was reported dead the morning of her engagement.

The source said Pearl used to live in Ho until 2014 when he left for Hohoe to attend teacher training school where she graduated in 2016.

According to the source, Pearl was an active member of the Good News Assemblies of God Church in Ho-Fiave.

Members of her Church in Ho, particularly the Praise and Worship team of which she was a member, have been downhearted after the unfortunate incident was announced last Sunday, July 7, 2019.

The man who has lost his to be wife is said to be in a state of shock and mourning; same as the parents and other relatives.