Ivory Coast on alert after Cup of Nations upsets 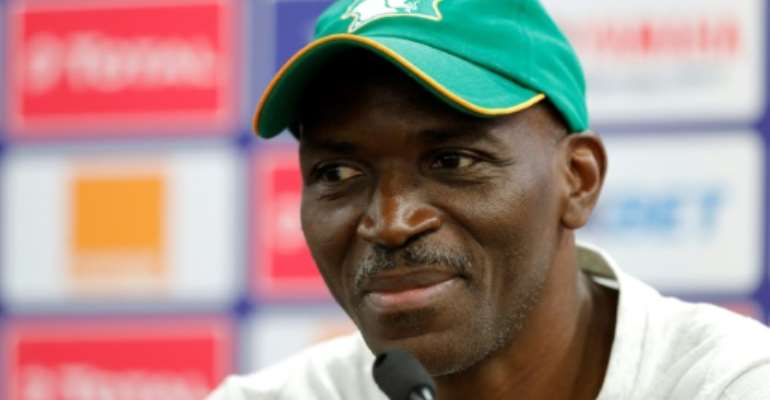 Ibrahim Kamara is looking to steer Ivory Coast to the country's second Cup of Nations title in four years. By FADEL SENNA (AFP)

Coach Ibrahim Kamara said his Ivory Coast side would be on their guard going into Monday's last-16 encounter with Mali after a string of surprise results in this year's Africa Cup of Nations.

The two countries share 62nd place in the world rankings, suggesting the teams are evenly matched, although the Ivorian squad appears stronger than that of their upcoming opponents.

"Nobody thought that Benin could go past Morocco, the same goes for South Africa. So these are indeed messages sent to all the teams," Kamara said Sunday, following the shock exits of hosts Egypt and Herve Renard's Morocco.

"Of course, whether it's Mali or Ivory Coast, or any team at this stage of the competition, you have to give it everything so you don't end up with regrets because there is no return leg, there is no second or third match."

Mali are seeking a first victory over their fellow west Africans at the Cup of Nations after three losses and a draw.

"You shouldn't look at the history or listen to the bookmakers, because then I would say that Ivory Coast are favourites, but that's not the case. We've seen that in the results that come in every day." Kamara added.