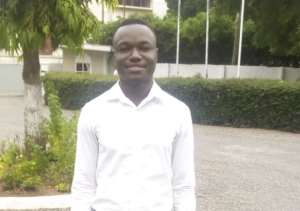 The quantity level of a country’s infrastructural stock/development is measured using gross fixed capital formation and for the purpose of this write-up based on current local currency unit to deal with exchange rate differential issue (sees empirical studies such as Ibrahim and Alagidede, 2018, Bist, 2018, and Trojette, 2016). Gross fixed capital formation (formerly gross domestic fixed investment) includes land improvements (fences, ditches, drains, and so on); plant, machinery, and equipment purchases; and the construction of roads, railways, and the likes, including schools, offices, hospitals, private residential dwellings, and commercial and industrial buildings (WDI, 2018).

For fair comparison, I will use data on the infrastructure expansion stock for first four years in the 21st century:

2017: Value: 3.7; Rank: 85/137 (Source: Global Competitive Reports, World Economic Forum). The above data clearly show Ghana’s infrastructure stock seriously deteriorated under the tenure of Former President John Dramani Mahama from a value of 3.9 in 2012 to 3.2 in 2016. This level of inferior infrastructural projects is confirmed by the fast deterioration of Fufulso-Sawla road within two years of completion, the flooding of terminal 3 and the circle interchange among others. However, the quality of infrastructure has improved under Nana Akufo Addo confirming the quality of investments Nana Addo government is making compared to John Dramani Mahama.

Clearly, John Mahama best sector of which the NDC boast of is the worse in the 21st century as shown by the data. What again does John Dramani Mahama and his NDC has for Ghana except covert and overt operations. This confirms Dr. Bawumia assertion that the worse of the NPP is the best of John Dramani Mahama and his NDC. This show NDC always destroys for NPP to rebuild. NPP might not the best but far better than NDC.

#The alternative is scary

I'm grateful to be named by Forbes as African of the Year — ...
9 minutes ago

Covid-19: We oppose singling out African countries for trave...
9 minutes ago