Kofi Asare Opoku, An Intellectual With His Feet Firmly Planted On The Ground (3) 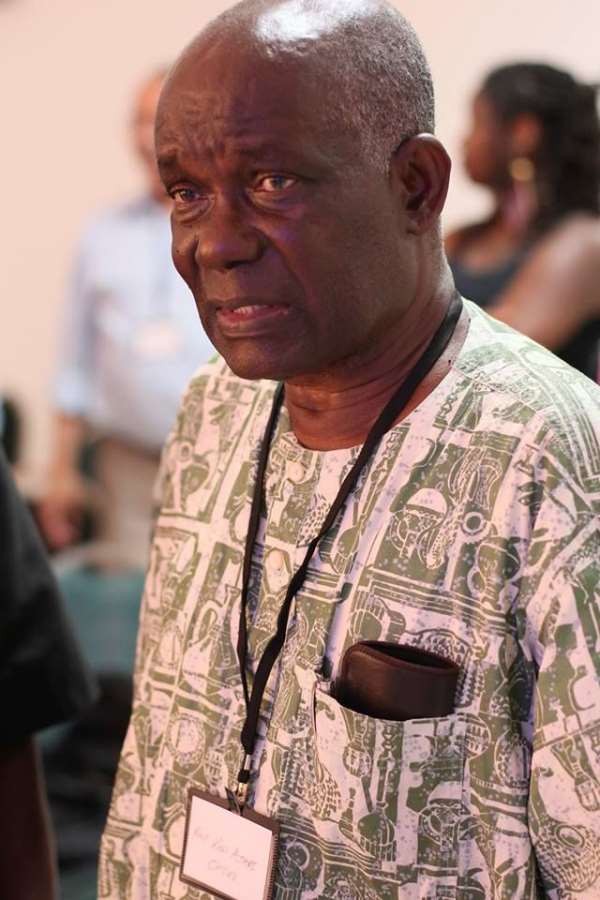 The above title was chosen by me for this series of articles as a tongue-in-cheek exercise: for in truth, one of Kofi Asare Opoku’s greatest loves is plants.

He in fact reminds me of the late Dr Oku Ampofo, a European-trained medic who devoted a great deal of time to the study of plants in Ghana and helped to establish an institute called the Centre for Scientific Research into Plant Medicine. The Centre’s inception was in 1975 and today, it’s officially recognized by the World Health Organisation. It continues Dr Oku Ampofo’s work of isolating the alkaloid content of plants and herbs that have been used by our people for centuries as a cure for certain diseases.

(As evidence that our indigenous knowledge of plant medicine is unequalled, let me throw you a challenge: the next time you get a toothache or inflammation of the gums, find some ginger and chew it raw. You will appreciate quickly why ginger is called akakaduro in Twi and kakatshofain Ga. You don’t need to be a sociologist to understand that when two large language groups like Akan and Ga-Adangbe adopt the curative powers of a plant to provide the plant with its descriptive name, then it must indeed be very potent when used to treat that disease!)

Perhaps, it is no accident that Asare Opoku, the plant-lover, chose African Traditional Religion as his speciality in academic studies. My guess is that African religion is at least 75 percent devoted to healing.And African healing is at least 75% dependent on plants and herbs!

The so-called métier of “fetishes” – with their priests and priestesses clad in “ridiculous garb” whom superficial European scholars point to when they ascribe African religion to superstition -- are, actually, only the psychological component of a medical practice in traditional African society that possesses many complex elements.

Western medicine accepts the fact that hypnosis and auto-suggestion may work to cure certain diseases, especially those that belong in the psychosomatic domain. Yet when the typical Western scientist sees a fetish-priest-cum-herbalist dancing and carrying on in a “quixotic” manner, before giving medicine to his patients, he may regard those practices as the gyrations of “quacks” or “charlatans”, who use “superstition” to provide medical treatment to patients (many of whom die as a result of the ineffectiveness of such “fraudulent practices.”)

Asare Opoku teaches us that African religion applies a holistic attitude towards man’s relationship to Nature. Trees, herbs, animals and birds are all created in the world together with us, and are imbued with the same life-force that operates in us humans. Therefore, we ought to pay serious attention to all of them. If we listen to them, they will talk to us and teach us what they know about life.

Asare Opoku illustrates this phenomenon with a story: there was once a hunter who went into the bush, with the intention of bagging some game. To make himself invisible to the animals, he hid in the grove of a huge tree.

He’d been hiding there for some time when he saw two big, poisonous snakes emerge from the bushes, fighting. One of the snakes succeeded in biting the other. The bitten snake fell dead. To the hunter’s surprise, the victorious snake slinked away but soon returned, carrying a leaf in its mouth. It rubbed the leaf against the skin of the dead snake. Almost immediately, the “dead” snake began to writhe about. It regained consciousness and ran into the bushes.

This shows that animals do care for one another – a quality which all too often, is found lacking in us humans. More important, by respecting the snakes and not interfering in their private affair, the hunter was able to watch the full unfolding of the scenario, and got taught that the leaf of a certain plant was an antidote to snakebite and snake poison! He brought this secret knowledge home, and from that day on, no person ever died of snakebite in the hunter’s village.

Says Asare Opoku: “African Traditional Religion… is part of the religious heritage of humankind. Born out of the experience and deep reflection of our African forebears, it provides answers to the stirrings of the human spirit and elaborates on the profundity of the experience of the divine-human encounter, based on the resources of Africa’s own cultural heritage and insight. It also provides answers to the ultimate questions posed by men and women in Africa, gives meaning and significance to human life, explains the origin and destiny of human beings, how everything in the world came into being and the relationship that should exist between them. In short, it is Africa’s own way of coming to terms with Reality.”

Asare Opoku adds: “An African proverb says: ‘Wisdom is like a [huge] baobab tree, and a single man’s hand cannot embrace it.’ The tolerant attitude of African Traditional Religion towards other approaches to the Divine, as well as to other interpretations of the origin and destiny of human beings, bears out the truth of [this] proverb…

[Indeed] ….”African Traditional Religion is like a single person’s hand, which cannot embrace the totality of the divine wisdom and essence. And since the divine truth is beyond the reach of a single religious tradition, wisdom recommends an openness to truth which comes from other traditions. “There are no boundaries or bifurcations in truth,” as an Akan proverb puts it. ­­­…Truth is [therefore] not restricted to one religious tradition, whether that particular religious tradition lays claim to special revelation or not.”

I can only say “Amen” to that.
(Concluded)