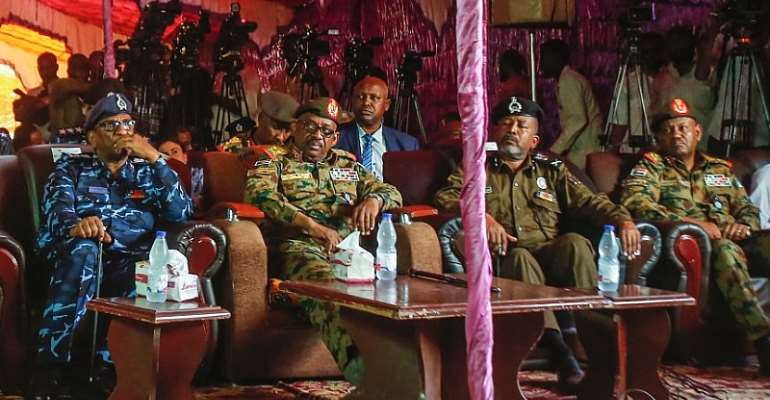 Success for the people of Sudan
The military and opposition representatives have agreed on a transitional government. In April, the military overthrew Sudan's rulers, but the country did not retire. People have died in demonstrations of opposition to the military leadership, and now both sides have agreed.

In Sudan, the military council and the opposition have agreed to create a joint transitional government. The military and the opposition alliance Declaration on Freedom and Change wanted to set up a senior council with changing leadership for a three-year period, the British broadcaster BBC said Friday, citing African Union (AU) negotiating parties and mediators. After this transitional phase there should be elections. In addition, the two sides want to investigate together the violence of recent weeks.

The goal is an end to the military government. "This is the very first step in building a democratic Sudan," said opposition negotiator Siddig Yousif in a BBC interview. The deputy chairman of the military council, Mohamed Hamdan Dagalo, said: "This agreement will be comprehensive and will not exclude anyone." He thanked the facilitators for their efforts and patience.

Prisoners released
Earlier, on Thursday, at the request of the opposition, the military council released 235 prisoners of a rebel group from prison.

After three decades in power, Sudanese President Omar al-Bashir was overthrown by the armed forces in April. The coup was preceded by months of mass protests and a sit-in in Khartoum. In the protests against the military leadership, several people were killed at the end of July.