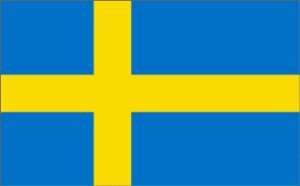 Accra, Feb 01, GNA - Sweden has called for the expansion of economic and social relations with Ghana saying there is immense wealth of experience to share with the West African state.

Speaking at a cocktail in Accra on Tuesday night, Mr Lars-Olof Lindgren, the visiting Swedish State Secretary of Trade, who is leading a trade delegation to Ghana, said he was optimistic about the pace of economic performance in the country and that Sweden was ready to use its influence in the international community to help Ghana to make technological advances in infrastructure development.

He commended the government and urged it to sustain the current socio-economic development with the poor and the underprivileged in mind.

Mr Lindgren said initial seminars and consultations with their Ghanaian counterparts had been fruitful.

He said Ghana had a lot of products that would make a significant impact on the market in Scandinavia and that quick moves must be taken to strengthen the bond between Ghana and Sweden first through trade and development.

Mr William Ofori, Consultant and Country Manager of AstraZeneca, a pharmaceutical company, said he was happy that moves were being made by the trade delegation to encourage Ghanaian products to enter the Swedish market.

He said the Scandinavian market was one area that had remained untapped for a long time and urged the government to help the private sector to increase and strengthen the bonds between the two countries.