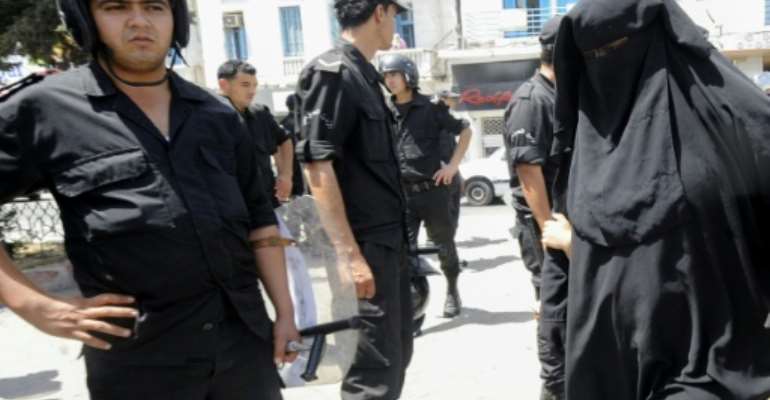 In this file photo from June 2012, a Tunisian woman, wearing a niqab, walks in front of police officers after Friday prayers. By Fethi Belaid (AFP/File)

It said Chahed signed a government circular "banning access to public administrations and institutions to anyone with their face covered... for security reasons".

The ban on the niqab, which covers the entire face apart from the eyes, comes at a time of heightened security following a June 27 double suicide bombing in Tunis that left two dead and seven wounded.

The interior minister instructed police in February 2014 to step up supervision of the wearing of the niqab as part of anti-terrorism measures, to prevent its use as disguise or to escape justice.

The niqab and other outward shows of Islamic devotion were not tolerated under the regime of longtime autocrat Zine El Abidine Ben Ali but have made a comeback since he was toppled in Tunisia's 2011 revolution.