Christine Lagarde: From IMF to ECB

By RFI with Adam Hagan 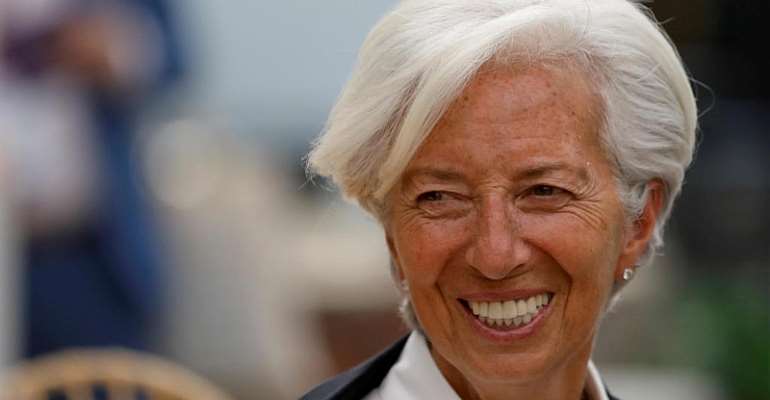 The current boss of the International Monetary Fund has been confirmed as the new head of the European Central bank, after a vote by 28 EU leaders on Tuesday following three days of difficult leadership discussions.

The 63-year-old Lagarde, a former synchronised swimmer and lawyer, will be diving into her new job role, despite nearly finding herself in the deep end because of legal concerns during her time as IMF chief.

Political and economic past
A lawyer by trade, Lagarde started practicing law in the US in 1981, before becoming French trade minister in 2005 under Jacques Chirac, a post she held until 2007.

In 2007, she was moved to the ministry of economic affairs, finance and employment as part of François Fillon's cabinet, becoming the first woman to be in charge of French economic policy.

Following the resignation of Dominique Strauss-Khan as head of the International Monetary Fund in 2011, Lagarde announced her intention to replace the disgraced Frenchman. Her election bid received the support of the UK, American, Russian and Chinese governments, amongst others.

After her election battle against Augustin Carstens, the then governor of the Bank of Mexico, she was named the new head of the IMF and became the first woman to hold the position.

A friend for France?
The election of Lagarde to the head of the European Central Bank after 8 years running the IMF is being presented in some quarters as a great political victory for French President Emmanuel Macron.

Macron will now have a former economy minister and ally running the ECB, which could benefit France should the European bloc fall victim to another economic crisis.

Other experts however, disagree. Political commentator, Brigitte Adès, told RFI that she believes Lagarde will benefit everyone in Europe.

“I think it's not only France that she's good for, but it's good for everybody, I don't think she was going to be of more use to France.

“It's irrelevant what Macron would have wanted and we have to think of Europe as a whole, and not as a series of sovereign states who are trying to push their pawns forward for their own interests.”

Controversy over carelessness with public cash

Lagarde's time at the IMF wasn't without its controversy, and she certainly found herself in the deep end in 2016, narrowly missing spending a year in prison following a French court case.

The court found the IMF chief guilty of negligence for her part in a massive payout of taxpayers' money to French businessman Bernard Tapie.

According to the court, Lagarde was careless in allowing a private arbitration panel to pay Mr Tapie upwards of €400 million, for a case running all the way back to 1993.

Tapie had previously sold a majority share of his sportswear company Adidas to French bank, Crédit Lyonnais, part-owned by the French state. The bank then went on to sell the shares at a higher price. Tapie accused Crédit Lyonnais of defrauding him by undervaluing his investment.

Lagarde denied any wrong-doing, claiming she had acted in the public interest.