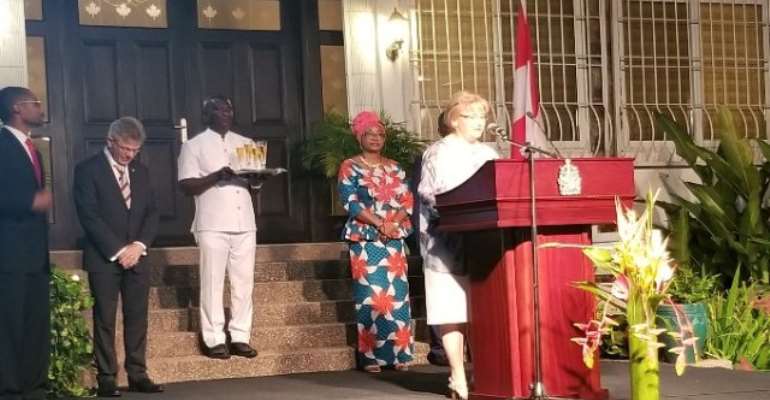 Bailey Jordan Chitty, 20, and Lauren Patricia Catherine Tilley, 19, were kidnapped and held at a house at Akyease in the Kwabre East District of the Ashanti region, last month.

Their captivity lasted seven days since they were forced into a taxi while they were volunteering in Ghana.

An operation by a team of professional security officials drawn from the Bureau for National Investigations and the counter-terrorism squad led to their rescue.

The girls have since flown back to join their families in Canada.

Lauding the Ghanaian government for its efforts in rescuing the girls, Ms Cameron said the two have fully recovered from the ordeal and doing well in Canada.

“We are so thankful for the efforts of those in government, in the security and law enforcement agencies who made serious decisions that enabled not only the safe return of these young Canadian women but also the capture of those perpetrators.

“This successful outcome is an important milestone for Ghana, and for Ghanaians, for it reaffirms the commitment of many to sustaining peace and security in Ghana,” High Commissioner Cameron said.

She said despite the incident, she is confident there is going to be a lot of travel between the two countries.

“Every year we see the travel numbers go up and I am not expecting any changes. The relationship continues and we still have volunteers working in Ghana and we are very proud of the work they are doing,” she said.

Voters’ Registration: Everyone Will Be Safe – A/R Minister A...
49 minutes ago