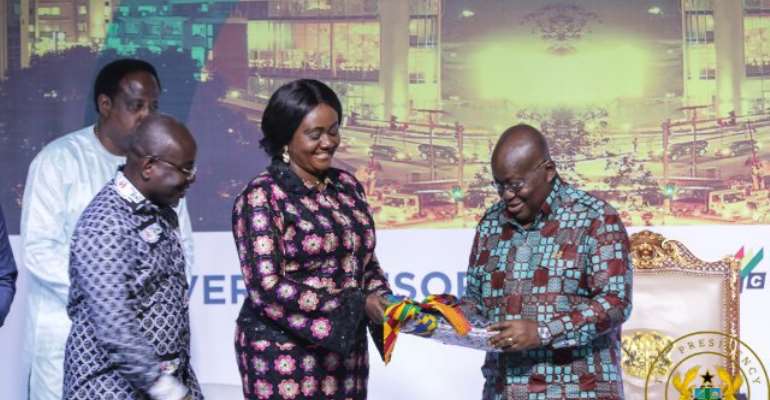 President AKufo-Addo receiving an award from Ministry of Tourism.

The country bequeathed to his administration, the President said, was one with an economy growing at a rate of 3.6%, a fiscal deficit of 9.3%, saddled with erratic power supply, had GH¢1.2 billion of NHIS arrears, a dangerously fragile banking sector, with weakly capitalised banks, widespread corruption; and widespread unemployment, amongst others.

However, the President stated, “by dint of hard work and prudent management of our resources we have made modest advances, and I am happy to report that we have been able to steer our country out of the stormy waters that had characterised the years before 2017.”

He noted that his administration has cleared all NHIS arrears inherited, paid nearly 50% of the inherited energy debt, and bold measures have been taken to sanitise the banking system and strengthen it, with deposits of 1.5 million Ghanaians safeguarded. 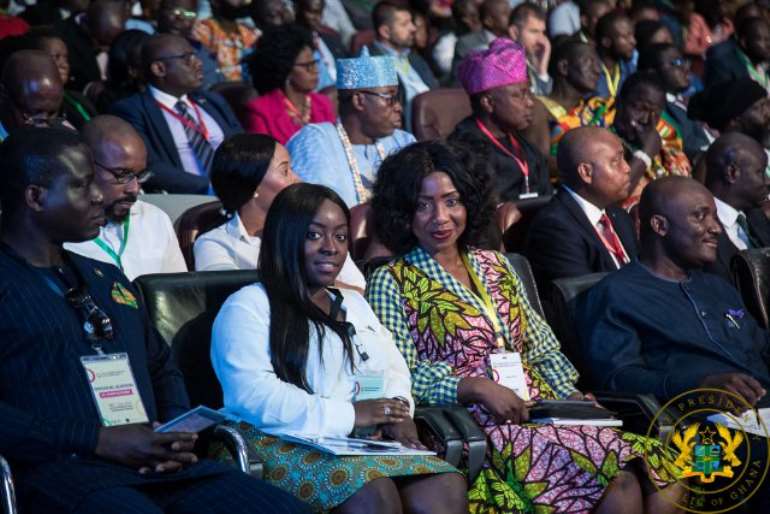 “It comes as no surprise, therefore, that, today, Ghana is the leading recipient of foreign direct investment in West Africa. Indeed, we have some of the world’s largest companies setting up shop in Ghana, and we have, recently, become the largest producer of gold in Africa,” the President added.

Touching on agriculture, the President indicated that the results of government’s programme for “Planting for Food and Jobs”, which is providing incentives and boosting incomes of one million farmers, have been spectacular.

“We had a bumper harvest of produce, and, last year, we did not import, unlike in previous years, a single grain of maize. We have also signalled our intention to reduce rice imports by at least 50% this year”, the President added. 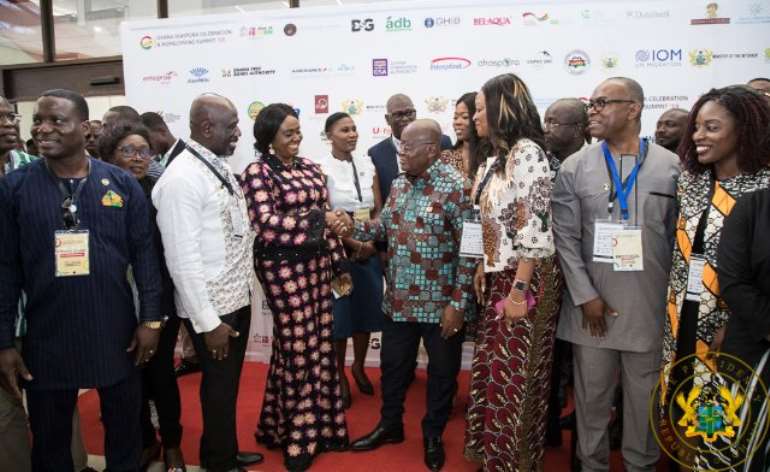 In addressing the issues of unemployment, the President stressed that through the Nation Builders Corps initiative, one hundred thousand graduates have been put to work.

“Tens and tens of thousands of nurses and midwives who had graduated between 2012 and 2016, and were sitting at home twiddling their thumbs, are being employed, and some 59,000 teachers have been given jobs since I came into office in 2017,” he indicated.

In addition to the restoration of the allowances of nursing and teacher trainees that were scrapped by the Mahama government, President Akufo-Addo noted that “Free SHS, which was described as an impossibility and a misplaced priority by our opponents, has been successfully implemented, and, from September this year, all students in public Senior High Schools in our country will be covered by the policy.” 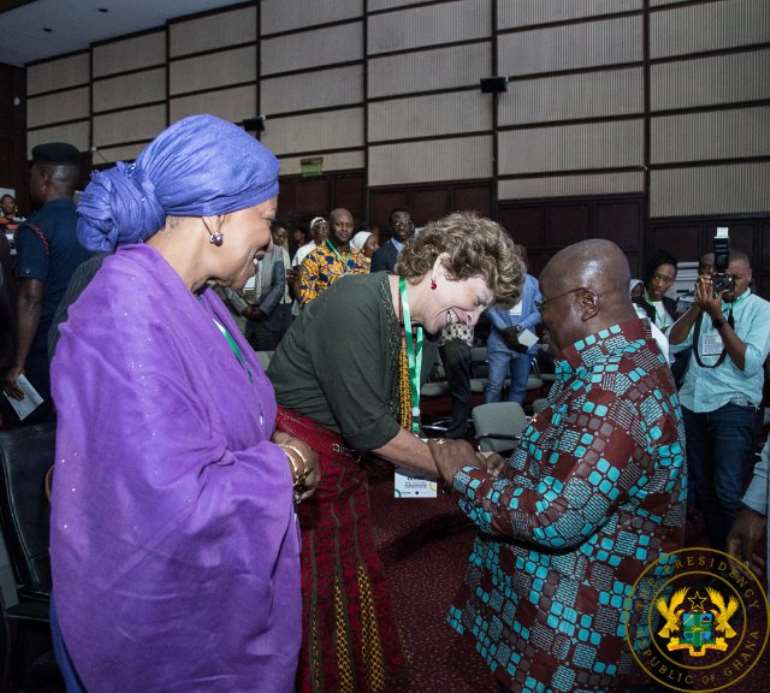 On the reduction of import duties at the ports, the President stressed that “my government listened to both your concerns and the concerns of the population in Ghana, and, in April, we reduced the benchmark values of import duties by as much as 50%, and, in the case of vehicles, by 30%.”

The introduction of initiatives such as the e-business registration system, the national digital addressing property system, the mobile interoperability system which is linking mobile money wallets to bank accounts and the e-zwich card, according to the President, are guaranteeing greater efficiency in the delivery of government services.

“We have been working hard to improve the living standards of our people, and I am confident that, by the end of my mandate in office, we would have put Ghana on a solid path of progress and prosperity,” President Akufo-Addo said.