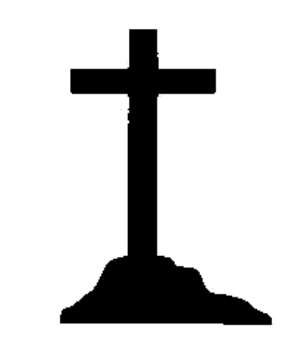 Kumasi, Jan 31, GNA - The Anloga community in the Kumasi metropolis has vowed to resist attempts by the Faith Outreach Church to build a church on a parcel of land the community claims it had earmarked for a community centre and a clinic.

A statement signed by Mr Awudu Gariba, Assemblyman for the area and Togbui Mawufeame Fugah, head of the Ewe community in Kumasi, said the community would fight for the land, no matter the cost and make the people of Anloga enjoy some sanity.

Pastor Appiah told the Ghana News Agency that the church filed a writ at the Ashanti New Town court on the ownership of the land, which it claimed was leased to it by the late Amakomhene, Nana Akosah Yiadom II, in which judgement was given in favour of the church. Following the judgement therefore, he said the church went ahead to demolish the structures on it.

However, the Anloga community viewed the court order as outrageous, unfair and unjust, since the Ashanti Regional Minister, Mr S. K. Boafo had intervened to help settle the matter amicably out of court.

The statement said the area did not need church building in place of the intended projects on that parcel of land.

The youth in the community have therefore, vowed not to allow the construction of any church on the land and had promised to battle any developer, who would enter the land, since it had been earmarked for a community centre and a clinic.

The statement pointed out that the Statutory Planning Scheme for the area had indicated earlier that the area was a sanitary area but that in discussions with the late Edward Osei-Kwaku, the then Member of Parliament (MP) for then Asokwa West constituency, it was agreed that since the area was now been surrounded by houses and the only empty space left in the community, it should be used for a community centre and a clinic but not a church.

It said the Department of Urban Roads holds regular meetings with the community on the construction of the Eastern by-pass that passes through the area, work on which is expected to start this year. If the use of the parcel of land is to be changed from its intended purpose, the Town and Country Planning Department should have organized a public forum to make the community aware of the change in conformity with Article 46 (1, 2, 3, and 4) and Article 47 (1 and 2) of the Local Government Act 467 of 1993.

The statement said the Kumasi Metropolitan Chief Executive per letter dated January 24, 2006, invited the acting chairman of the Oforikrom Town Council and all opinion leaders in the community to a meeting in respect of that parcel of land. It said residents of the Anloga electoral area wanted peace and justice and will fight for it at all cost no matter the cost so as to make the people of Anloga enjoy some sanity in the area.