Celebrate Woyome for What? 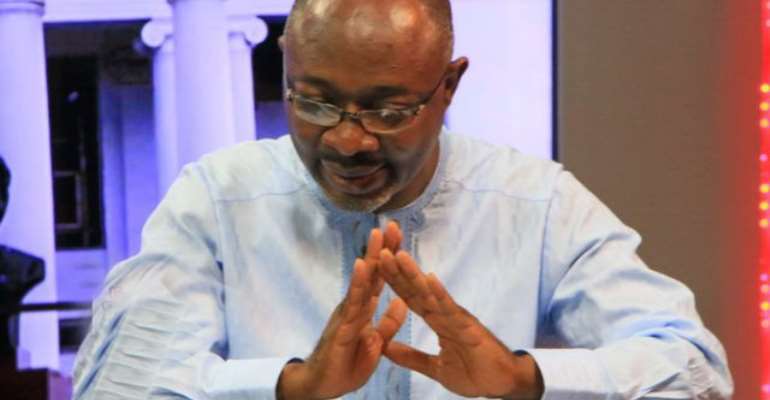 The call by Prof. Peter Atupaare, of the Faculty of Law, University of Ghana, for Mega-Scam-Artist Mr. Alfred Agbesi Woyome to be celebrated for supposedly facilitating the salutary strengthening of the country’s legal and judicial system could not be more grossly misguided and misplaced (See “Judgment-Debt Saga: Law Lecturer Wants Woyome, Amidu ‘Celebrated’” MyJoyOnline.com / Ghanaweb.com 6/30/19). Indeed, such call is at best inexcusably misguided for the simple reason that it facilely and scandalously ignores the fact that the motive of the soon-to-be-criminal-convict par-excellence was about anything, but the salutary attempt to test and strengthen the capacity of the Akufo-Addo government to strictly and dispassionately enforce the laws of the land. Rather, it was squarely about deviously enabling both Mr. Woyome and the leaders of Ghana’s main opposition National Democratic Congress’ Corporate Scam-Artists to literally take our country for granted, as if Ghana were the piggybank or the private property of the key operatives of the National Democratic Congress (NDC).

What Prof. Atupaare, reportedly, the invested chief of the town of Monyoro, in the Upper-East Region, ought to be more concerned about is the outrageous attempt by the criminal convict and his political cronies, associates and fellow thieves to ride roughshod over the sovereign laws of Ghana, and not the patently dubious question of whether the State or the Akufo-Addo-led government of the New Patriotic Party (NPP) could have ham-handedly flexed its “naked power” by circumventing the Arusha, Tanzania-based African Court of Human and People’s Rights or not. To be certain, the inexcusably criminal attempt by the Woyome Gang, including most of the top leadership of Ghana’s main opposition National Democratic Congress, to flagrantly compromise the rule of law and the Ghanaian judicial system and, in effect, the integrity of the country at large, ought to be disconsolately lamented. And it is a damn shame and a pity that Prof. Atupaare would count himself among the insufferable rascals who criminally decided to take our beloved nation for such an inexcusable goose-chase ride.

The logical question now becomes: How did we, as a proud and, hitherto, a major player in global affairs, come to stoop so low before the International Community? And, of course, the most logical answer lies in the unduly protracted stranglehold of the Rawlings Posse on the destiny of Ghana for most of the past 40 years, and the sinister decision to callously and systematically destroy the most significant institutional establishment of Modern Ghanaian Civilization and our globally renowned and celebrated personality among the vanguard ranks of the most civilized humans among the comity of nations. Indeed, if anybody deserves commendation for bringing a definitive closure to the patent charade that was the Woyome Affair, that personality is definitely none other than Attorney-General Gloria Akuffo, our gloriously talented Chief-Defender of the Ghanaian State and the Ghanaian People. And then, of course, Special Independent Public Prosecutor Martin ABK Amidu; and then the inimitably resilient and steely determined President Addo Dankwa Akufo-Addo, the man whose unrivaled patience and fortitude swiftly and definitively brought to bear on the odious and morally opprobrious Woyome Affair, the full-suit of Ghana’s legal and judicial system with unflappable effect.

We must also quickly point out that it was Attorney-General Gloria Akuffo who initially, and reasonably, scheduled a repayment plan with the Mega-Criminal-Convict that saw Mr. Woyome coughing up the first tranche or installment of about GHȻ 4 Million. Of course, a mischief-making Mr. Woyome and his NDC cronies and associates would shortly and curmudgeonly flout this payment arrangement because, for some reason best known to himself and his lawyers, Mr. Woyome thought he could easily get away with his NDC-approving heist. Even one of the Woyome lawyers, by the name of Mr. Dogbe, had the unseasonable occasion to issue a threat at yours truly. Very likely, this widely alleged major financier of the National Democratic Congress was strongly encouraged and, perhaps, even instigated by the key operatives of the very party that deliberately facilitated Mr. Woyome’s willful defrauding of the State to the humongous tune of GHȻ 51.2 Million. And the latter gang, of course, included the late President John Evans Atta-Mills and the now-Candidate John Dramani Mahama, then Vice-President of the Democratic Republic of Ghana. Indeed, even as the substantive President of Ghana, Mr. Mahama had only insolently paid lip service to his pontifical electioneering campaign promise of facilitating the swift and immediate retrieval of the Woyome pelf.

Now, where the so-called Citizen Vigilante comes in regards Mr. Amidu’s yeomanly decision to take his anti-Woyome-heist battle all the way to the Supreme Court of Ghana, if memory serves yours truly accurately, and to the Arusha, Tanzania-based African Court of Human and People’s Rights. The Woyome Case also eloquently testifies to the incontrovertible fact of both Chief Justice Sophia Akuffo and her niece and Attorney-General Gloria Akuffo’s having been selected for their respective posts purely on the basis of merit than sheer kinship or nepotism, as the stentorian opposition press and its opposition political patrons and paymasters and mistresses would have the rest of the world believe. Otherwise, how does one credibly account for the epic failure of Attorneys-General Betty Mold-Iddrisu, Ebo Barton-Odro and Marietta Brew Appiah-Oppong in the Woyome Saga?