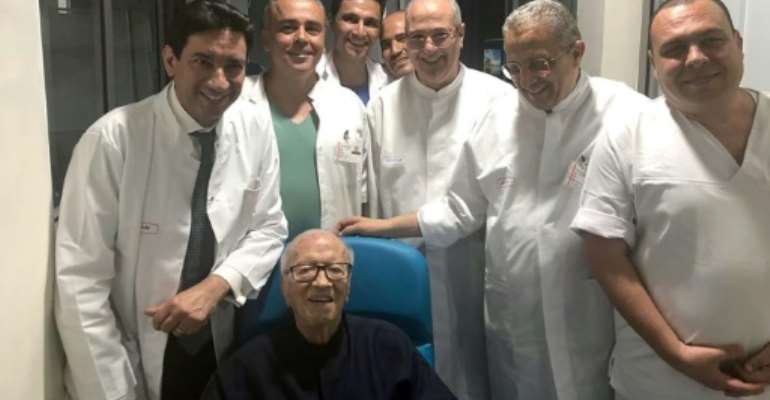 "The head of state left the military hospital to his residence in Carthage after having received the necessary treatment and having recovered," it said in a statement.

It posted a photograph of the president smiling in a seat and surrounded by a medical team.

Concerned over the country's political stability, politicians and social media users have been calling for transparency on the president's health since he was hospitalised last Thursday.

A group of unidentified Tunisians posted online a statement with the hashtag "#we have the right to know", demanding "transparency" concerning Essebsi's health.

They said rumours on media outlets had "disrupted state institutions".

Several politicians, including members of parliament and party leaders, also demanded online that the authorities provide details on the president's condition.

Essebsi was taken to the military hospital in Tunis for a "serious illness", his office said at the time, the same day that twin suicide attacks claimed by the Islamic State group killed a police officer and wounded several other people.

After his hospitalisation, another key advisor Firas Guefrech described the president's condition as "critical", and in a later tweet said Essebsi was "stable".

The president's son, Hafedh Caid Essebsi, spoke late Thursday after visiting his father in hospital of "the beginnings of an improvement" in his condition.

The country's first democratically elected president, Essebsi came to power in 2014, three years after the Arab Spring that sparked revolts and regime changes in several countries in the region.