Djokoto’s Diary: The Ghanaian elite ought to be better benefactors 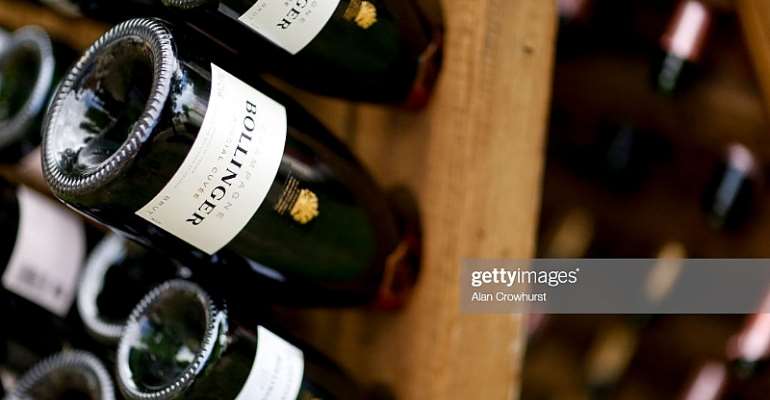 After an exhausting day on radio chastising the political elite and fighting for the endless societal interests of poor Ghanaians, I decided to unwind at the balcony of my grandfather's residence.

Just as I had finished polishing a bottle of vintage champagne, preparing to devour a few glasses of it, I received an unexpected phone call from an unknown number. “Hello is this Mr. Djokoto,” a distinctively euphonic voice said. “Yes. Who is this and how may I help you?” I replied.

She introduced herself and briefly outlined her duties at a reputable charity organisation where she worked.

“Would you like to make a donation to support our tertiary education fund?” she said. “People like you should help the needy get access to educational opportunities”, she added. I wasn’t the least bit surprised; people like us tend to be the prime target for charity fundraisers.

I almost told her to quit chattering and I thought, hold on: she’s right. I looked at the bottle of champagne once more, probably worth the salary of a hard-working middle-class Ghanaian, with a deep sense of guilt.

Call me emotional, but I was overwhelmed by a duty to ensure that a Ghanaian teenager somewhere could enjoy the self-development of a decent tertiary education, and before I could push the cork out of the champagne bottle, I had coughed up my bank details.

There are so many young men and women with the oomph to be moguls, and there are plenty of start-ups that could be the trillion-cedi corporations in the near future, but are currently being set back either by a lack of expertise or a sizeable financial investment.

I think the blue-blooded have a noble duty to help the wretched of Ghana join the ranks of the affluent. Let us face it: how many old students have made six-figure donations to their alma maters? Only a few. I mean, we are good at donating clothes and organising cookouts for the paltry but that is mediocre.

We Ghanaians, especially the well-heeled, are so niggardly about charity it is utterly shameful. Why so? The upper-class Ghanaian has one duty: to pass on wealth, in its entirety, to the next generation.

The destitute peasant Ghanaian has neither a penny nor a thought in this process. And rather sadly, the nouveau riche tends to emulate our backward snobbishness; the architecture and decor of our pre-colonial homes, our style of clothes and our general lack of generosity in the areas that matter most.

However, by the lottery of birth, there’s one marginalised minority that I can empathise with, and that is the elite. Elites are resented, not so much for being wealthy, but for getting ever richer than the middle classes – and the looming social issue is that inequality keeps getting worse. Quite frankly, I am growing tired of the cliché argument by the far-left middle-class cigar-smoking socialists that the wealthy are to blame for everything. But the truth of the matter is that: rich people employ hundreds of thousands of Ghanaians and give them a means to put food on their tables – if the rich didn’t invest in the free market, so many households might find themselves without a breadwinner.

Is it that wealth creators need more tax breaks? Would that make them more charitable? Nonetheless, the aristocrats of our Republic must dig into their deep pockets and fork out large sums of cash to charities; we need to make benefaction posh again.