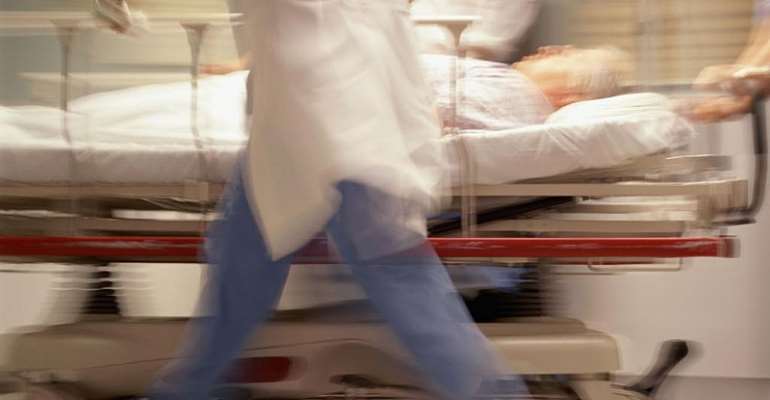 Trade unions in France have called on emergency medical staff to walk out on Tuesday in a last-ditch effort to secure better working conditions. The call comes after three months of strike action, despite some government concessions.

On Sunday, over 150 accident and emergency departments were on strike according to the Inter-Urgences careworkers collective, which has called for Tuesday's strike action in tandem with hospital unions.

The organisers have planned for a gathering Tuesday morning outside the French Finance Ministry, followed by a march to the Ministry of Health, where they hope to be received by Minister Agnès Buzyn.

Hospital emergency room staff have been on strike in France for three months over poor working conditions.

Last month the government unveiled a variety of measures in a bid to end the strikes.

The Paris health center for instance, announced the creation of 230 jobs including in 25 of its emergency departments, while the regional health agency proposed a contract for "zero patients in hospital waiting rooms," with a "financial incentive" to encourage hospitals that put this measure in place.

Dearth of doctors in summer
These measures are on top of the 70 million euros already unblocked last month by the government to appease health workers.

From July, nurses and caregivers who agree to carry out medical tasks will be given a 100 euro bonus on top of their salaries.

Authorities are also eager to boost recruitment over the summer to ensure there are no gaps in care when doctors and nurses go on holiday.

This may be a challenge. According to the regional health agency's pre-summer survey, at least 1,000 "12 hour slots" are "not filled" by any doctor or nurse in July and August.