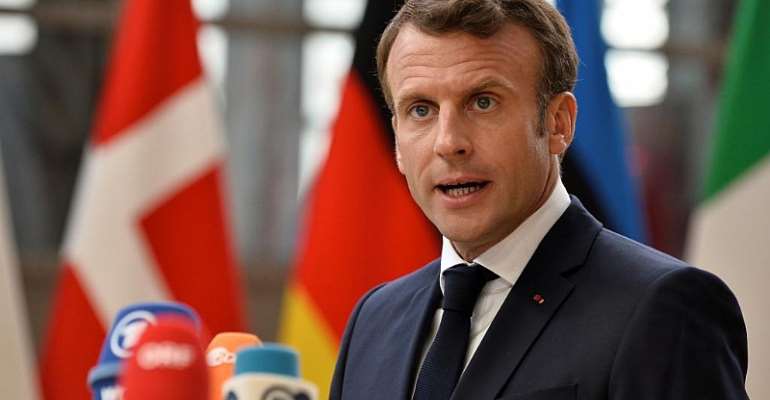 French President Emmanuel Macron on Monday blasted his EU parnters for failing to reach a consensus on who should get the 28-bloc's top jobs. Despite an 18-hour summit session that dragged on well into Sunday night and Monday morning, European leaders meeting in Brussels remained divided over how to proceed.

"We have ended today in failure, it's a very bad image for both the Council and for Europe," Macron told reporters Monday after 18 hours of talks failed to break a stalemate over who should get the EU's top jobs.

Leaders are arguing mainly over a successor to Commission President Jean-Claude Juncker. They had hoped to reach a deal on Sunday night.

However national interests, according to Macron, are getting in the way.

"It is clear that this failure is down sometimes to some personal ambitions," he added.

"When we are here, of course we all want to defend our country, but ultimately Europe's best interests should come first. This is impossible when there are so many hidden agendas."

Up for grabs also at the special summit in Brussels are the presidencies of the European Parliament, the European Council of EU governments, the EU's foreign policy chief and the head of the European Central Bank, which governs the euro currency.

G20 deal
Macron and Germany's Chancellor Angela Merkel came to Brussels after developing a plan on the sidelines of the G20 summit in Osaka, Japan.

Under the so-called "Sushi deal", the 28 EU leaders would nominate Dutch social democrat Frans Timmermans as president of the European Commission, rather than his conservative rival German MEP Manfred Weber.

But, when Merkel put this to fellow centre-right leaders in the EPP group immediately before the emergency summit, several rebelled, and the main summit was delayed as heads of government shuttled between side meetings.

The "preparation done at the Osaka summit was clearly not enough to iron out our differences," Macron said, admitting that he had been "hostile" to some candidates, implying Weber.

Some hope left
He stressed that the four candidates nominated by the leaders must include two women and someone from eastern Europe.

The French President nonetheless remains confident that a deal will be reached when leaders reconvene on Tuesday, acknowledging that the next few hours will be "crucial."

A point of view shared by German Chancellor Angela Merkel who said that although the negotiations are "complex", she remains hopeful that with the "right amount of willpower, a compromise will be reached."

Monday's summit is the third attempt to fill Brussels' top jobs since the European elections in May.