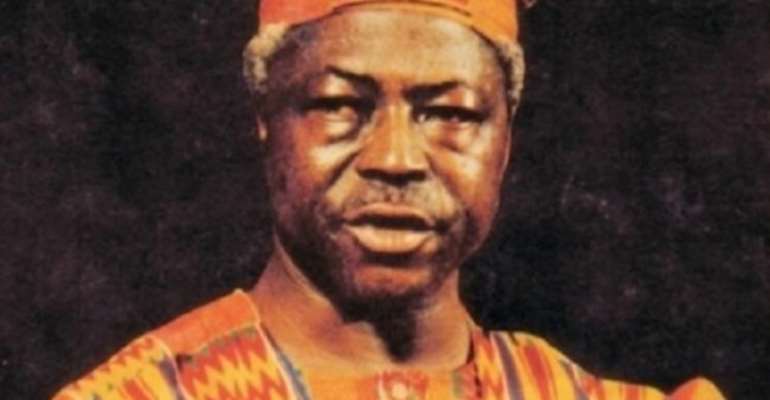 People have buttons that should not be pressed, lest they snap or explode. You don't press the button that hurts people. In my opinion, the only lesson a leader succeeding a highly disruptive leader can learn is to learn not to disrupt. So if the disruptor complains a stabilizer has not learnt a lesson, I fail to understand. The first attempt to disrupt failed. The second succeeded. Successful disruption made correcting motherland disruption impossible. Perhaps what would have helped would have been getting rid of the disruptor. Then he wouldn't have been around to disrupt one more time. Now he is taking the generosity of the stabilizer who refused to disrupt, to mean stupidity.

When he first attempted to disrupt and he did not succeed, he was allowed to live to try to disrupt again. So he actually attempted to disrupt again and this time he succeeded in disrupting. Then he killed everyone to make sure no one will be around to kill him. Thereafter, he was forced to leave in fear of being dealt with for having been disruptive. Living in that fear, he resurfaced to disrupt yet again, this time ensuring the disruption lasted two decades. Once again, he was forced to leave; although this time he felt safer from not being allowed to live by paying for his actions of killing others in disruption.

An aggrieved complainant must tell everyone who needs lessons of deceit and betrayal; unless the lessons begin with never trust a coup maker. They say he manufactured a Limann in the Achimota forest to convince the former's kin members of the coup gang that Limann requested the coup. That deceitful tongue convinced the deceived ones to join a coup against their own kin; something that could never have happened with the born coup maker.

Ɔbenfo Limaan, harmless, could not have launched himself into learning a lesson of brutality that someone else used to have his way into riches. Neither could operating a government with impunity have been a good lesson for him as he pursued his objective of freeing the motherland from that same governing with impunity. Neither could he, as ɔbenfo have governed in ignorance as had happened before him.

Humble as he was, he needed no lessons in arrogance, haughtiness and crudeness in the exercise of power that the lesson giver expected of Ɔbenfo. He definitely needed no lessons in pay-back time. I don't think he saw whatever he needed or wanted and was not getting as society's fault for him (Limann) to seek to punish others for his lacking in needs and wants. He had worked hard to get to where he was; and, indeed, he had gotten somewhere. His commitment was, thus to get others to where he was and not fighting to reach there. It's pointless to have expected a lesson of victimization; or using kangaroo court proceedings to create account 48 chop chop, the apparent root of today's create loot and share.

Ingratitude to air force commander and all the others he used and abused to build himself wealth and fortune isn't a lesson. He is no tent dweller like Gaddafi who died for his modesty. Neither does he live in any of atakpame, thatched, mud brick or any modest house. He lives in mansions, not one but at least three of them; some paid for with public funds.  Maybe I should add: y'abrɛ wo ooo, y'abrw wo ne wo dede no!'

Someone said there should be a lesson in humility; another in honesty; yet another in patriotism and above all integrity. None was left for Limann to learn. He had them himself. He may have been surrounded by vultures and hunted like a fox by his predecessor. He was an abundance of the lessons he was supposed to learn. What he didn't learn was never to have trusted a double coup maker that he would never do another coup. Like he said everything was a priority because he had been left of nation building to work with, if you were to ask him today the lesson he didn't learn, he would repeat, to trust a coup maker. Limann craved motherland reconstruction and construction, not lessons in disruption. One learns from a disruptor only disruption.

The man they swore and cursed will NEVER be president is now president.  They may want to dare disturb his government with kidnappings, armed robbery and any form of crime they can engage in to make him and his government unpopular. Well, they may ruffle with their callousness. But, believe, he's no Limann, lessons or no lessons. He is staying and will stay the course to leave a positive name for himself and the motherland and retire restfully. That will be unlike those who are perpetually restless in their retirement.