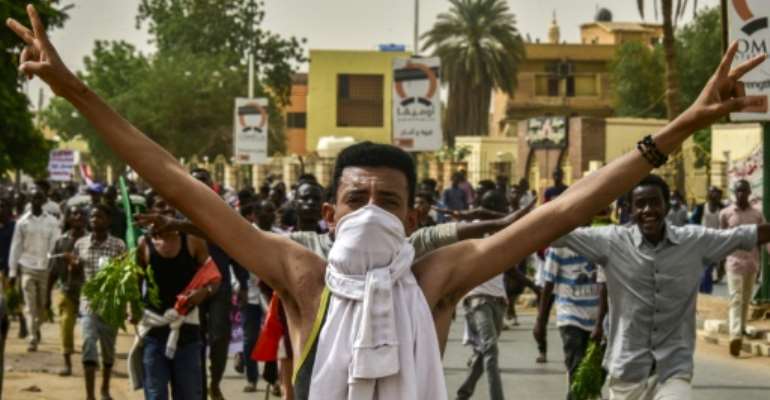 Sudanese protesters first took to the streets in December after authorities tripled the price of bread. By Ahmed MUSTAFA (AFP)

Sudan's protest leaders blamed ruling generals Monday for deadly new violence as three blood-stained bodies were found a day after the first mass rallies since a June crackdown on demonstrators.

State media reported that seven people were killed as tens of thousands rallied to demand a civilian government, while medics linked to the protest movement said five protesters had been killed.

The northeast African country's protesters have been calling for the departure of generals who seized power following the April ouster of longtime ruler Omar al-Bashir.

Sunday's "million man" march had been seen as a test for protest organisers after a June 3 raid on a Khartoum protest camp left dozens dead and a subsequent internet blackout curbed their ability to mobilise support.

But that did not prevent vast crowds of men and women, chanting slogans demanding "civilian rule", flooding the streets of Khartoum, twin city Omdurman and other towns and cities, AFP correspondents and witnesses reported.

The official SUNA news agency quoted a health ministry official saying seven people were killed, without giving further details but adding that another 181 were wounded, including 27 by gunfire.

It also said a further 10 security personnel were wounded, including three from the feared paramilitary Rapid Support Forces, shot with "live ammunition".

A doctors' committee linked to the protest movement said five protesters had been killed on Sunday, including four in Omdurman, across the Nile from Khartoum.

On Monday, three blood-stained bodies were found lying in a part of Omdurman that had seen protests the previous day, an AFP correspondent reported. 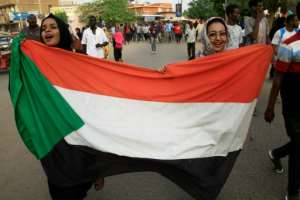 December's protests turned into mass demonstrations against the rule of veteran dictator Omar al-Bashir, who was ousted in April. By Ebrahim Hamid (AFP)

Their identities were not immediately clear.

Crowds of people gathered around the bodies, chanting "Just Fall, Just Fall," another catchcry of the protest movement that has rocked Sudan since demonstrations first erupted against Bashir in December.

"The military council is completely responsible for these lives lost," prominent protest leader Mohamed Naji al-Assam said in a video posted on his Facebook page.

But, he added, "the Sudanese have proven that they will not back down from reaching a civilian power, as it is the only way to realise the revolution's goals."

The generals in turn blamed the protest movement, the Alliance for Freedom and Change, for Sunday's violence.

"Freedom and Change... incited protesters to go toward the republican palace (prompting) police forces to use tear gas to disperse protesters," General Jamal Omer said in a video posted on the ruling military council's Facebook page.

"Freedom and Change bears the entire responsibility for these violations and the casualties among regular forces and citizens."

Tension remains high between the protest leaders and generals since the June 3 raid, when armed men in military fatigues shot demonstrators who had camped for weeks outside army headquarters. 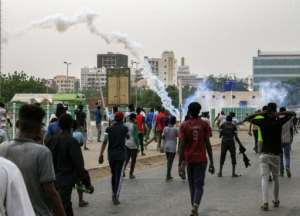 The first mass rallies since a deadly June 3 crackdown were met with teargas as security forces deployed en masse. By Ebrahim Hamid (AFP)

According to the doctors' committee, at least 133 people have been killed since the raid, including more than 100 on the day of the crackdown.

Health ministry figures show 68 people have died nationwide since the raid, including on Sunday.

The generals insists it did not order the dispersal of the sit-in, but acknowledge "excesses" after orders were given to purge a nearby area allegedly a notorious hotspot for drug dealers.

The raid came after talks between the protesters and generals collapsed over installing civilian rule.

Ethiopia and the African Union have been mediating between the two sides but have yet to achieve a breakthrough.