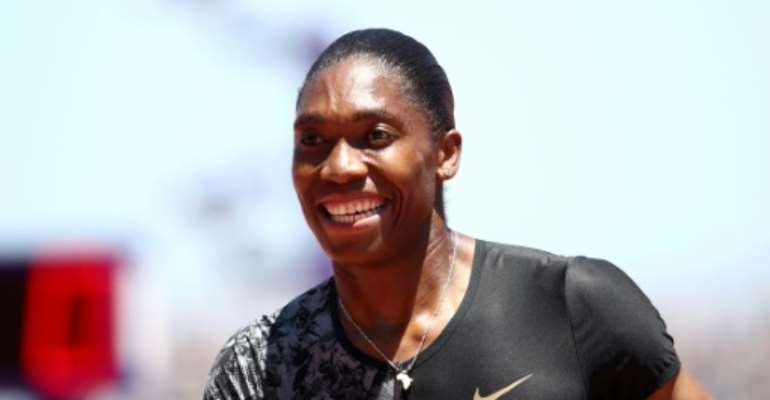 South Africa's Caster Semenya smiles after winning the women's 800m at the Prefontaine Classic Diamond League meeting, but says she'll skip the World Championships if she loses her legal battle with the IAAF regarding testosterone levels in female athletes. By EZRA SHAW (GETTY IMAGES NORTH AMERICA/AFP)

Caster Semenya said Sunday she will not take part in this year's World Championships if she loses her legal battle with the IAAF over new rules governing testosterone levels in female athletes.

The two-time Olympic champion extended her four-year unbeaten streak in the 800m on Sunday after cruising to victory at the Prefontaine Classic Diamond League meeting at Stanford University in northern California.

Semenya, who won in 1min 55.70sec, had not raced in the 800m since May 3, shortly after she lost a court challenge against the International Association of Athletics Federations (IAAF) new rules which will force her to regulate her testosterone levels.

That ruling was subsequently put on hold by a Swiss Federal Tribunal pending a full hearing, leaving Semenya free to compete until a final decision in her case.

Semenya had previously indicated that if she loses her legal case, she would continue to compete over longer distances, which are not affected by the IAAF's new testosterone rules.

However speaking to reporters on Sunday, she said there was no chance of her racing at the World Championships in Qatar if she is not allowed to run in the 800m.

"No 1,500m, no nothing. I'm just going to take a vacation and then come back next year.

Semenya meanwhile insisted she would pursue her case for as long as possible.

"This is like a legal battle, like war," said the South African. "You don't give up. If you beat me today, I beat you tomorrow. At the end of the day it's about me, and doing what makes me happy. I'm a world champion, I'm an Olympic champion, I've achieved everything I've ever wanted.

"I'm doing this for those that cannot fight for themselves."

Her winning streak was never in danger on Sunday as she pulled away from the field with 300m to go before crossing the line 15 meters clear of the United States' Ajee Wilson, who took second in 1:58.36. Raevyn Rogers was third in 1:58.65. 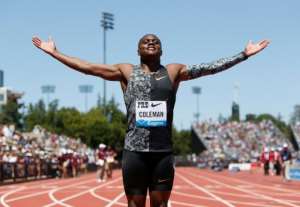 In other events on Sunday, US sprinter Christian Coleman blistered to the fastest time over 100m this year, clocking 9.81sec to beat out veteran world champion Justin Gatlin in second, who came home in 9.87sec.

Rising American 400m star Michael Norman meanwhile continued his impressive first season as a professional with a comfortable win in the single-lap race, winning in 44.62sec, ahead of compatriots Kahmari Montgomery and Fred Kerley. 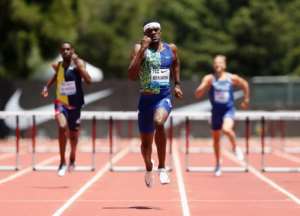 Rai Benjamin of the United States won the 400m hurdles with a world leading time of 47.16sec, taking the line ahead of Kyron McMaster of the British Virgin Islands (48.94sec) and Turkey's Yasmani Copello (49.37).

Benjamin's time was the ninth fastest of all-time and followed his victory in the Rome Diamond League meeting on June 6.

There was another world leading time in the women's steeplechase, where Kenya's world record holder Beatrice Chepkoech finished well clear of the chasing pack in 8min 55.58 sec.

Chepkoech's time was the fifth fastest in history. The 27-year-old now owns three of the five fastest times ever run over the distance.