Despite Staff Shortage, Thousands Of German Teachers Are Unemployed During The Summer Holidays 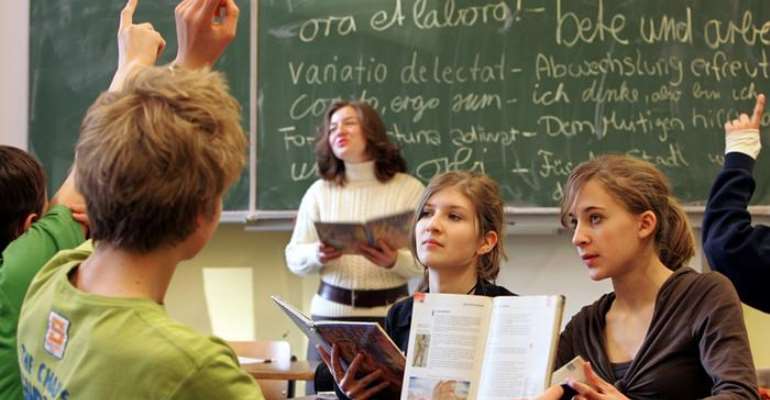 Nationwide, according to a report by the Federal Employment Agency in the summer holidays, many teachers are unemployed.

Again, teachers will be sent to unemployment at the end of the school year, so that the country can save up to the beginning of the next school year, the salary. The Education Union names the culprits.

Despite the shortage of teachers, some states in Germany are sticking to the practice of laying off teachers with fixed-term contracts for unemployment during the summer holidays.

"It is again clearly off," said the education union, with a view to the summer holidays. A survey of the German Press Agency among the Ministries of Education of the country showed that mainly substitute teachers with fixed-term contracts are going to be affected in the employment relationship, so the country save million Euros.

According to a spokesman of the Ministry of Culture, a huge number of teachers whose employment contract ends at the latest, beginning of this year's summer vacation. Employment and payment of these substitute teachers in the summer holidays would cost the country a lot of money.

"A total uncertainty" for the individual teacher

However, the actual number of teachers concerned is likely to be higher. Not all were unemployed, ministry of Education explained and criticized the course of the countries. Above all, it shows, "that the southwestern federal states in Germany do not pay teachers in the summer holidays".

For the trade unionist, who herself was in the classroom for many years, summer unemployment is an absurdity. "So the bad thing is that it is really a total uncertainty for colleagues in individual cases."

Temporary contracts remain - despite a lack of teachers

The chairman of the German Teachers' Association, demanded new posts. According to him, it is scandalous that, despite a shortage of teachers and massive class failure many federal states refuse to convert temporary contracts into permanent employment. Young motivated teachers are abused as freely movable maneuvering mass.

In the past summer holidays, the Federal Employment Agency registered the most unemployment notifications from teachers in Baden-Württemberg (around 1680), Bavaria (860) and Lower Saxony (470). Even in relatively small Hamburg (260), the phenomenon had been particularly noticeable.

A spokesman for the Ministry of Culture in Baden-Württemberg emphasized that temporary employment in the south-west was the biggest exception with three percent of all teachers. These are substitute teachers who help with longer illnesses or failures through maternity leave and parental leave.

Something is about to change in Rhineland-Palatinate in the near future. From 2019, the state wants to pay all substitute teachers over the summer holidays. About 1000 teachers could benefit from it. According to the Ministry of Education, the additional expenditure is around 2.5 million euros.

Referendares have no right to unemployment benefits

The German Education Union chairman sees a decline but holds to the criticism that does not make our profession attractive. So we are more in the situation that we will get a drastic shortage of skilled workers. You have to make the job attractive and do not say, we do not need you in the summer holidays.

Also trainees are (according to the Education Union) in some states in the summer holidays without salary and the junior teachers are not entitled to unemployment benefits because they are not insured as unemployment benefit employees as a revocation employee during the preparatory service.

We'll not accept the 4% salary increment — Coalition agains...
29 minutes ago