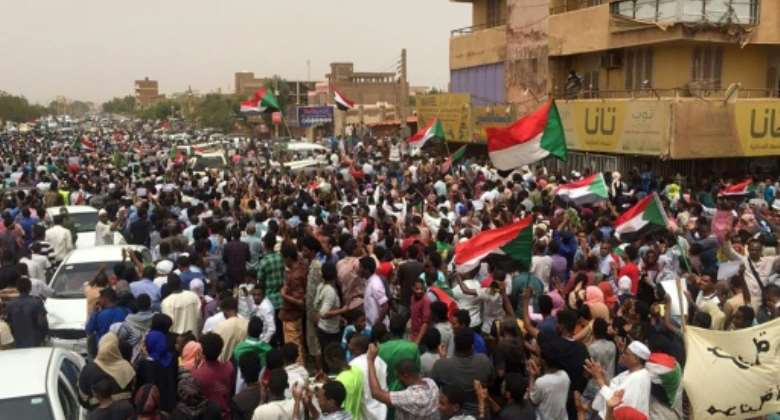 Tens of thousands of protesters took to the streets across Sudan Sunday chanting 'civilian rule, civilian rule" as police fired tear gas in Khartoum, amid international calls for restraint to avoid a new deadly crackdown.

The planned "million-man" march is being seen as a test for protest organisers whose movement has been hit by a June 3 raid on a Khartoum sit-in and a subsequent internet blackout that has curbed their ability to mobilise support.

On Sunday, police fired tear gas in the northern Khartoum district of Bahari and in Mamura and Arkweit, in the capital's east, as thousands of protesters chanted "Civilian rule! Civilian rule!", witnesses said.

The latest demonstrations come at a time when Ethiopia and the African Union (AU) are jointly mediating between the protesters and generals.

"We are here for the martyrs of the (June 3) sit-in. We want a civilian state that guarantees our freedom. We want to get rid of military dictatorship," said Zeinab, 23, as travellers in vehicles cheered them and motorists honked their horns in support as they drove by.

"No one gave a mandate to the military council, all the people are against the council," said another protester, who did not reveal his name, as he chanted "I'm the next martyr."

Others took to the streets of Jabra neighbourhood in Khartoum, with many chanting revolutionary slogans, witnesses said, while rallies were under way in other districts.

In the run-up to the protest -- the first major rallies since the crackdown -- many Sudanese said they feared new violence.

An RSF unit allegedly prevented protest leaders from holding a news conference Saturday to unveil plans for the rally.

Tensions remain high since the June 3 raid, which followed the collapse of talks over who should lead a new governing body -- a civilian or soldier.