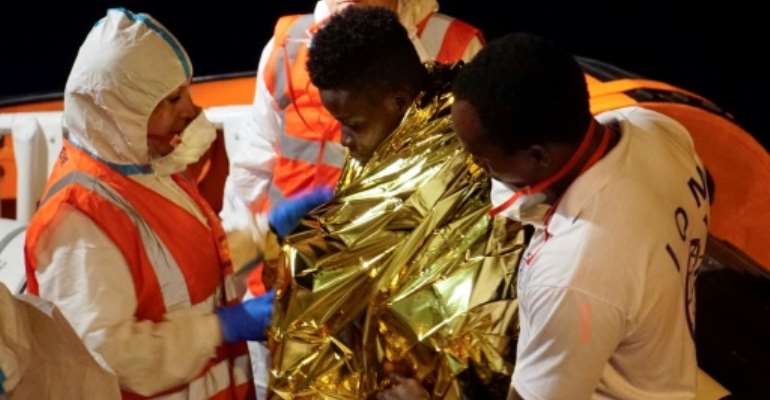 The migrants were allowed to disembark and taken to Lampedusa's reception centre. By Handout (Sea Watch/AFP/File)

Sea-Watch 3 skipper Carola Rackete, who risks jail time after forcing her way into Italy's Lampedusa port with 40 rescued migrants, has defended her act of "disobedience", saying it was necessary to avert a human tragedy.

"It wasn't an act of violence, but only one of disobedience," the German captain told the Italian daily Corriere della Sera in an interview published Sunday as donations poured in for her legal defence.

Rackete, 31, is accused of putting a military speedboat and the safety of its occupants at risk in the incident on Saturday.

No one was hurt.

"The situation was desperate," she said. "My goal was only to bring exhausted and desperate people to shore. I was scared" that migrants would throw themselves into the sea and drown because many did not know how to swim.

"My intention was not to put anyone in danger. I already apologised, and I reiterate my apology," she told the Corriere.

The Sea-Watch had rescued the migrants off the Libyan coast 17 days earlier.

They were finally allowed to disembark at Lampedusa and taken to a reception centre as they prepared to travel to either France, whose interior ministry said it would take in 10, or to Germany, Finland, Luxembourg or Portugal.

The Italian coastguard then seized the non-profit rescue ship, anchoring it just off the coast. 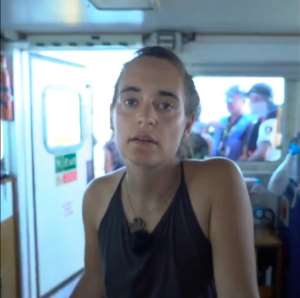 Rackete, 31, has become a symbol of defiance for challenging Italy's "closed-ports" policy. By HO (Sea Watch/AFP/File)

Rackete, who was placed under house arrest, is expected to appear before a judge early this week in the southern town of Agrigente to answer charges of abetting illegal immigration and forcing her way past a military vessel that tried to block the Sea-Watch.

The latter crime is punishable by three to 10 years in jail.

Comedian Jan Boehmermann, who launched the campaign with show host Klaas Heufer-Umlauf, said in a video posted on YouTube: "We are convinced that someone who saves lives is not a criminal. Anyone who thinks otherwise is simply wrong."

"I didn't have the right to obey," Rackete argued. "They were asking me to take them (the migrants) back to Libya. From a legal standpoint, these were people fleeing a country at war (and) the law bars you from taking them back there."

The head of the NGO that operates the ship, Johannes Bayer, said Sea-Watch was "proud of our captain".

Boehmermann accused Salvini of "abusing rescuers at the Mediterranean Sea in order to turn the mood against refugees, against EU, and for an inhumane politics."

The comedian added: "He has been doing that for a while. But this inhumane, cold-blooded and unscrupulous politics has reached a new low with the events of the last days."