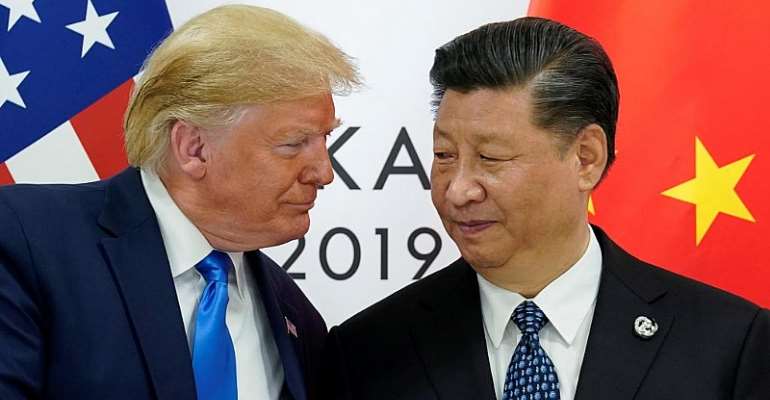 Foreign investment in gas pipelines and call centers are a few of the latest open market measures the Chinese government announced at a cabinet meeting on Sunday, in an effort to show more flexibility amid trade tensions with the United States.

The announcement from the Communist Party comes just one day after US President Donald Trump met with his Chinese counterpart Xi Jinping in Osaka, Japan, for the G20 world leaders meeting.

Creating more foreign access to agriculture and mining companies are among the other industries China named, but none directly deals with Washington's complaints about Beijing's technology ambitions nor its iron grip on foreign countries operating in the country.

The fallout between the two economic titans began in December, when Huawei executive Meng Wanzhou was arrested in Canada. She was detained over a US arrest warrant accusing the Chinese company of economic espionage and breaking sanctions rules, causing freefall in world financial markets.

China has denied the allegations.
Tensions continued to rise before negotiations between the two countries broke down in May.

Trump announced tariff hikes when China refused to bow to his demands, a move that resulted in Chinese factory output contracting in June.

According to a monthly index released on Sunday by the China Federation of Logistics & Purchasing, an official industry group, the rate remained at 49.4 out of a 100-point scale. Any rate below 50 indicates activity contracting.

"Downward pressure on the economy is still relatively prominent," said economist Zhang Liqun in the announcement released by the Federation.

New orders and exports declined, as well as unemployment, the Federation said, adding that business confidence was low.

China has been rolling out a series of measures over the past 18 months to boost the country's economy as it slows. Economists predicted that the slowing would bottom out in late 2018 and then bounce back, but they did not anticipate the trade tensions with the US.

While it appears that foreign businesses working in China could benefit from these changes, many indicate it has had little effect on their companies.

Xi and Trump agreed on Saturday to hold more talks on their trade dispute, but gave no sign that the past disagreements had progressed or had been resolved.

We'll not accept the 4% salary increment — Coalition agains...
41 minutes ago