Re: Learn To Respect Akufu-Addo Or Risk Going To Jail -Irbard Chides Manasseh 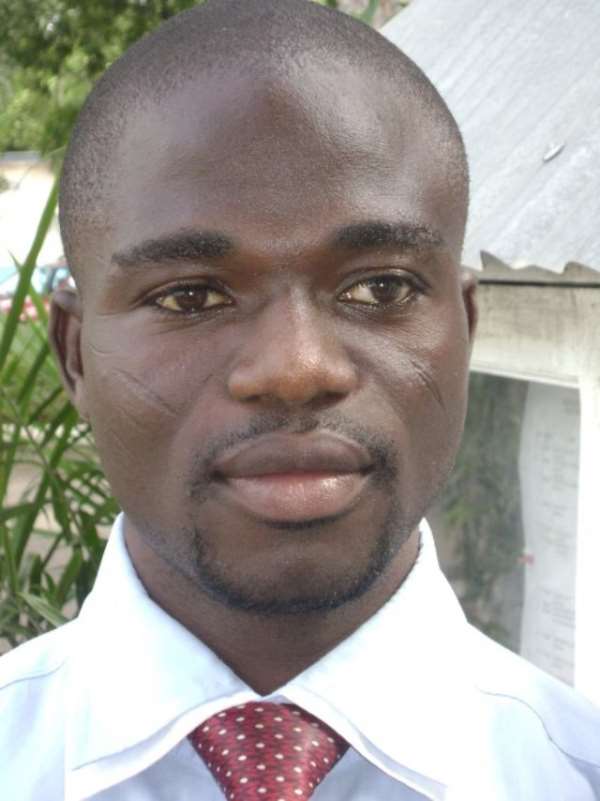 Fellow Ghanaians, Bob Goldstein once observed that "a principle is never a principle until it costs you something valuable."

Perhaps that is what veteran journalists like Manasseh Azure Awuni stand for their venomous criticisms of officials of governments. Such journalists have no friends or foes in society. But the righteous.

Sometimes I wonder and ponder in vain which of our "sins" are the most responsible for our woes of underdevelopment in this country.

Corruption, nepotism, irrelevant attention seeking, lack of patriotism, celebration of stupidity, glorification of mediocrity, and the all mighty sycophancy have been the seven most unmitigated evils and destiny destroyers in this country that continue to hold us by the jugular for ages.

I will dissect each of these demons later.

In Ghana, these worst monsters of society are shared between the leaders and the followers. There are some of these bogies solely reserved for our leaders. And several of them (the above social evils) remain a no go area for the leaders but are for the followers.

Yet, some of these cankerworms enumerated above are concurrently observed by both leaders and the followers!

Nepotism, a social danger, is an exclusive reserve for our leaders as their inexcusable crime, and which is responsible for destructive corruption.

And sycophancy, a godforsaken profession, has been exclusively preserved for the followers!

Indeed, Ghana really breeds professional sycophants. They are mostly aides to political office holders. In fact, if Ghana were to be producing scientists, engineers, all forms of technocrats, like the way the nation produces these group of lying liars we wouldn't still be where we are behind the rest of the world.

They are nation wreckers who betray their conscience, constantly mortgaging reality, subsidizing truth, and negotiating facts in their service. And our leaders they serve usually also become clueless immediately they are elected into political offices and have to bank on them to govern.

The rest of the social demons (lack of patriotism, celebration of stupidity, glorification of mediocrity and the all mighty corruption) we have embraced and practice as a people, cut across board: the young or old, rich or poor, saint or sinner, clerics or congregants, are guilty of these destructive evils of society.

Our elders say if you are hungry you don't eat with both of your hands. The cure for hunger they also say, must certainly not the practice of constipation!

When Ibrahim Irbad came to KNUST at the invitation of GMSA-KNUST to lecture us on how to 'survive' after university education in general, and more specifically, how to combine faith (Islam) and politics he was too convincing that some of us suggested he should make part of his dreams, the mega dream of leading Ghana one day as a president.

The comment he made however in respect of Manasseh Azure Awuni's journalistic effects on government and our leaders, is an indication of absence of the wherewithal to even dream of becoming president of Ghana one day.

Find the original title of an article this article is "rejoindering".

I don't know whether Mr. Ibrahim Irbard has held any leadership position before, maybe as a student leader or something aside being a self-acclaimed Security Analyst.

If he has once led as an SRC president or any students' representative in any capacity and yet made the comments he made then he was a huge disappointment to his colleagues.

When I was the Senior Prefect of Savelugu Senior High School, it came a time I wanted somebody to just comment on my ways of doing things even if it was an insult.

Leadership is a serious business that requires venomous criticism to survive if it is to lead and serve successfully.

Mr. Irbard, did you know why His Excellency, former president John Kufuor gave the then Justice Minister Akufu Addo the nod to amend the criminal libel law in this country? Do you think it is politically wise for a seating president to literally put his head on the guillotine for journalistic guillotines to execute him?

It is because of the amendment of the criminal libel law that brought Ghana to a democratic front in the eyes of observing democratic globe.

Kudos to President Akufu Addo then Justice Minister who saw the new to fully democratize Ghana with media freedom of expression of speech.

I agree some of the diction used are by far a calculated attempt to "grammatically murder" leaders. Very destructive and ruinous criticisms.

But for some of these leaders, they are like "dead goats". A writer must have to write with all his lexicon in the English language in order to resurrect such literally dead leaders.

There's a story of a leper and his friend in my local setting that engaged in "head-knocking" competition. They both were to hit each other's heads three times and the one who doesn't cry will win a beautiful princess.

The nature of the leper's shortened fingers gave his friend a false hope of marrying the princess.

His friend began the knocking by giving the leper three very powerful hits with the fingers bent. The leper exclaimed to the scorching knocks of his friend.

When it came to the leper's turn the first hit collapsed his friend. The second knock murdered him.

Yet, it was left with one. So he followed the corpse to the graveyard to be buried. To his amazement, the Imam leading the preparation of the burial asked: "whom is this dead man owing, so that his relatives can settle debt for Allah doesn't admit debtors into Paradise?"

The leper said the dead man was owing to him one knock because he knocked him only twice when he died out of agony. Lo and behold, when the leper was allowed to finalize the competition he knocked the dead man back to live again!

So, some political leaders deserve the wicked and unkind temper of investigative journalists' pens to be able to cow and compel them to be responsible and accountable leaders.

Something journalists do that leaders' sycophantic aides cannot but only praise their rather meretricious leadership to the higher heavens for fear of their stomachs.

If people like Mr. Ibrahim Irbard could support journalists in their works Ghana will go far. But dabbling in unnecessary and irrelevant attention seeking and professional sycophancy for 'peanuts' will not augur well for our country that some of us have suggested he could lead one day.

President Akufu Addo is a Democrat with a large heart who is really determined to aggregate the longstanding frustrations of Ghanaians to be collectively expressed.

To do that requires no rocket science but both praise singers (most whom are within government), and critics (most whom are mainly distant participators like Manasseh) must put their hands on deck.

I can bet on my life that Manasseh voted for Akufu Addo. Something that can't be said of Mr. Irbard Ibrahim because at the time he was at the Flagstaff House as a translator of English to Arabic and the vice versa.

Manasseh coming to realize the diarrhea leadership of Mahama which prompted his Article "Common Sense Appraisal of Government Works" in which he used the phrase "any idiot can go and borrow money to come and build and brag", made it clear to Ghanaians that he wasn't a neutral journalist. An indication of his readiness to support any alternative government in opposition that could govern better.

Why on earth, because of a pot of porridge, Mr. Ibrahim Irbard will scandalize him as a president insulter?

It is President Akufu Addo's tolerance and believe in democratic ideals, that some upcoming talents take to the media to be participators and not spectators in his government by critiquing him and his unreasonable number of Ministers in a tiny country like Ghana with limited resources.

We only critique him because the government came with their own blueprint that nobody can dictate to them, again, on what to do. But we can point to the irrelevant or otherwise of the blueprint. It is not an insult.

I hope the President disregard your "stomach comments" to be relevant in his kingdom you never took part in its formation!

May God help the president and his government achieve their goals.

We remain participators (citizens) in his government and never spectators, even if we have to exist as thorns in the president's flesh.

The Writer, Iddrisu Abdul Hakeem, is a student at KNUST.