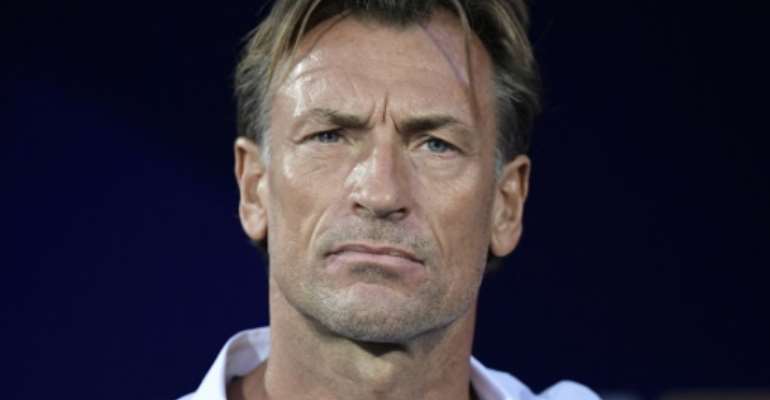 A pensive Morocco coach Herve Renard during the Africa Cup of Nations group game against the Ivory Coast in Cairo. By JAVIER SORIANO (AFP)

Morocco coach Herve Renard is anticipating a "tough game" against South Africa Monday at the Africa Cup of Nations in Egypt despite the contrasting fortunes of the teams.

While Morocco were deserved 1-0 winners over the Ivory Coast in Group D -- considered the hardest of the six -- South Africa were lucky to lose only 1-0 to the west Africans.

"South Africa have a lot of very good players," said Renard, the only coach to win the African title with two countries. "They also have a good coach in Stuart Baxter so it will be a tough game."

Although Morocco won by only one-goal margins against Namibia and the Ivory Coast, they have exhibited class and appear to be keeping plenty in reserve for the knockout phase.

The goal that sunk the Ivorians demonstrated why the Atlas Lions are considered one of the biggest threats to hosts and bookmakers' favourites Egypt.

South Africa have been poor both when losing to the Ivory Coast and scraping a win over Namibia with Baxter lamenting the "slowness of transitions from defence to attack".

After outplaying South Africa, the Ivorians came off second best against Morocco, but should recover to defeat spirited but limited Namibia and secure a last-16 place.

It will concern coach Ibrahim Kamara, though, that with so many talented forwards like Nicolas Pepe at his disposal the Elephants have managed just one goal in 180 minutes.

Against South Africa, Kamara could afford the luxury of keeping Crystal Palace flier Wilfried Zaha on the bench until late in the second half.

Namibia are craving a first Cup of Nations win after eight failed attempts, including a 4-3 loss to the Ivory Coast in Burkina Faso 21 years ago.

Algeria coach Djamel Belmadi gives an instruction during an Africa Cup of Nations group match against Kenya in Cairo. By JAVIER SORIANO (AFP)

Happy Algeria face depressed Tanzania in a Group C match the north Africans will expect to win and maintain a perfect record at the tournament.

"Our preparations included time in Qatar getting used to intense heat," said veteran midfielder Sofiane Feghouli, referring to temperatures that have reached 38 celsius (100 fahrenheit) in Egypt.

Tanzania were the first country to be eliminated after losses to Senegal and Kenya and coach Emmanuel Amunike admitted that "we lack experience and there is no character in the team".

Senegal coach and former star Aliou Cisse is expecting a big improvement from Mane and his team-mates against Kenya after they were outfought by Algeria.

"Of course Sadio Mane can do better," he said of the Anfield hero who missed the opening win over Tanzania due to a suspension after being yellow-carded twice in qualifiers.

Cisse said there was a silver lining to the defeat by Algeria: "We are no longer being called the favourites. The favourites are those who have won the tournament before."

Outplayed by Algeria, Kenya came from behind twice to edge east African neighbours Tanzania and raise hopes of a possible last-16 slot as one of the best four third-place teams.

Anti-LGBT Bill: Let's be careful and not generate intense ha...
54 minutes ago